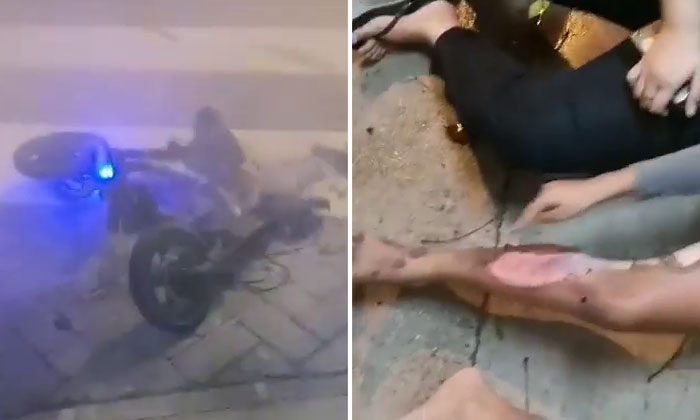 A 35-year-old woman and her 10-year-old son were taken to hospital after the e-bike they were riding on collided with a van and burst into flames at Ang Mo Kio Street 23 on April 26.

A video of the incident was posted online by Facebook user Zai Zaim on May 4.

In the video, the smoking e-bike is seen lying on the road with debris surrounding it.

A silver van is seen parked by the side of the road with a black scorch mark and dent on its left side. 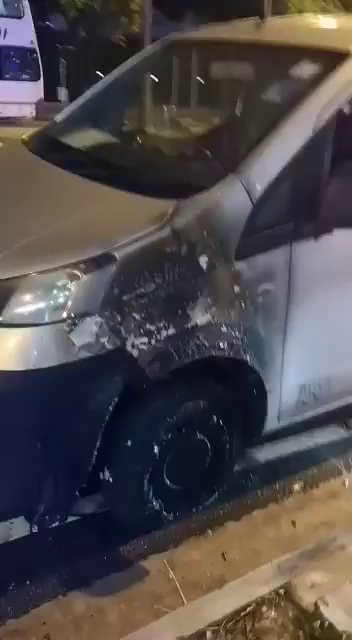 The woman, wearing a GrabFood shirt, is seen sitting on the pavement with her son as paramedics check on them.

The boy has tears in his eyes as he points to his injured leg.

In response to a Stomp media query, the police said it was alerted to the accident at the junction of Ang Mo Kio Street 23 and Ang Mo Kio Avenue 3 at about 8.13pm.

"The power-assisted bicycle (PAB) riders, a 35-year-old woman and a 10-year-old boy, were conscious when conveyed to Tan Tock Seng Hospital and KK Women's and Children's Hospital respectively," a spokesman said.

According to The Straits Times, the boy suffered burn injuries while his mother suffered minor injuries.

Chinese-language daily Lianhe Wanbao reported that the woman was riding across a zebra crossing when the van knocked into her.

She and her son fell off the e-bike, which burst into flames shortly after.

The van driver, who was unhurt, was seen giving his statement to police officers.