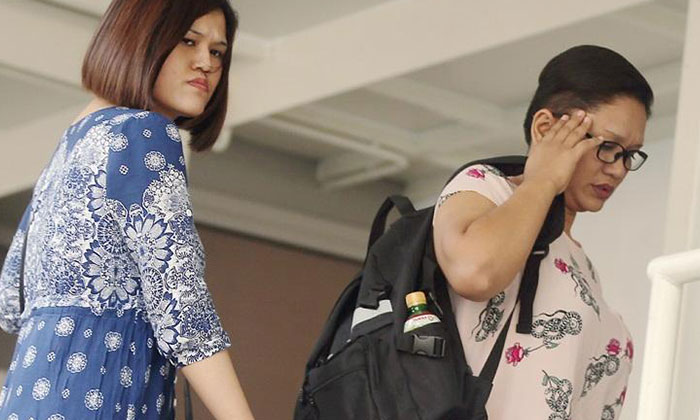 A woman and her two daughters were charged in court for reportedly inflicting potentially life-threatening injuries on a 27-year-old woman by pouring hot water on her.

On one occasion, one of the accused even directly poured the hot water into the groin of the victim, Ms Nursadiqah Sanusi.

The three accused — Hasmah Sulong, 67, Haslinda Ismail, 31 and Hasniza Ismail, 37 — were charged with one count of causing grievous hurt to Ms Nursadiqah in their Woodlands Drive flat, reports The Straits Times.

According to Shin Min Daily News, Ms Nursadiqah and Hasniza worked in the same supermarket three to four years ago.

The victim’s family also claimed that she was mentally disabled.

Haslinda is also accused of committing the same offence last year, while Hasniza is alleged to have poured scalding water and other liquids into the Ms Nursadiqah's groin between Jan 2 and 16 this year, causing severe burns to the victim.

Hasniza also claimed that they reported the case to the police after the victim came to them for help.

The three accused are represented by lawyers Josephus Tan and Cory Wong, who were assigned the case under the Criminal Legal Aid Scheme.

On Thursday (March 15), Mr Tan told the court that Hashma’s Institute of Mental Health evaluation is still pending, and her case will be mentioned in court on March 22.

If convicted of causing grievous hurt by using a heated substance, the accused can be jailed up to 15 years and fined or caned.

However, as the accused are women, they cannot be caned.

Related Stories
Couple accused of abusing maid allegedly forced her to pour scalding hot water onto herself
Mentally disabled woman dies after being abused for 8 months by couple
Man stabs GF's throat with letter opener, strikes her head with brick after she tries to break up
More About:
courts and crimes'
abuse