Monkey makes boy scream after getting too close at Woodlands playground 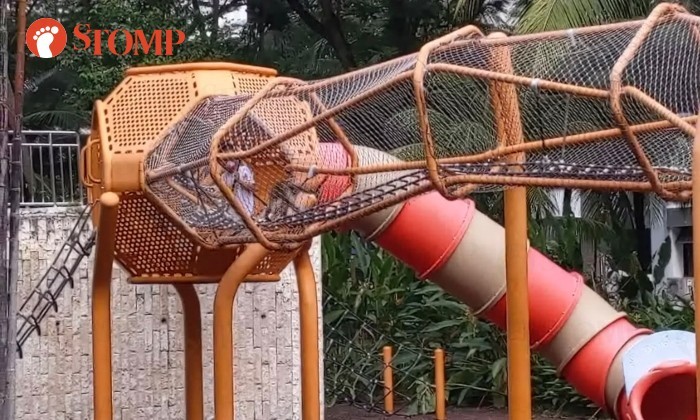 A monkey was seen, well, monkeying around at a playground in Woodlands Circle Green Park, frightening a child in the process.

Stomper Juffry alerted Stomp to the incident that occurred on August 2 at around 9.45am.

He also shared a video of what happened.

The video shows the monkey climbing onto the rope bridge and moving towards a child who was playing at the other end of the bridge.

When the child saw the monkey, he got frightened, screamed and moved away quickly.

"The monkey was climbing on the playground and hanged around for quite a while," Juffry shared.

"When I left at around 10.30am, the monkey was still there and the children were quite afraid of it."

The Stomper also mentioned that he found it "quite weird" to see a monkey so deep into the heartlands.

"While it is fascinating to see the monkey there, the children must have gotten a shock," he added.