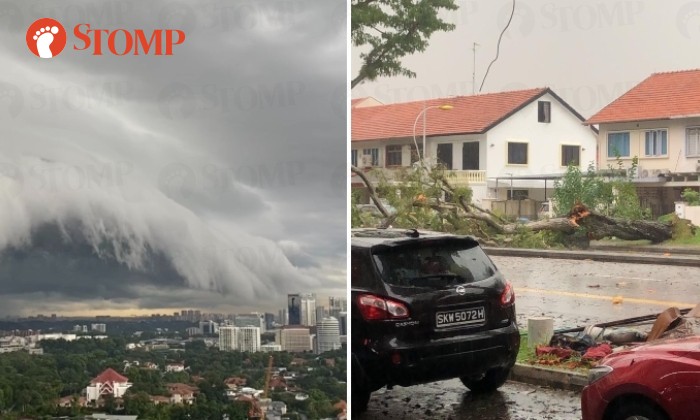 A rainstorm on Monday (Nov 2) caused not just flash floods, but resulted in several fallen trees too, one of which was cleared by National Parks Board (NParks) after it caused an obstruction along MacPherson Road.

Stomper Mike came across a photo of the fallen tree and shared it with Stomp. 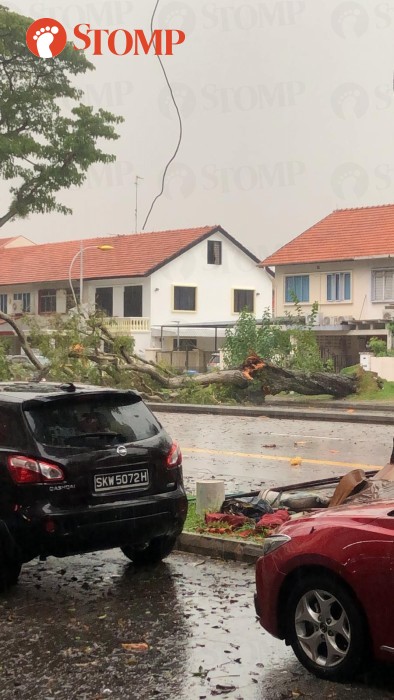 The National Parks Board (NParks) was alerted to the fallen tree, which is known as a Yellow Flame Tree (Peltophorum pterocarpum), along MacPherson Road at around 3.15pm.

The incident happened during heavy rain and the tree was cleared by about 4.20pm.

Stomp understands that the tree was 12m tall with a girth of 2.7m.

Several other trees also fell due to the heavy downpour, including a tree that fell onto a Mercedes-Benz. 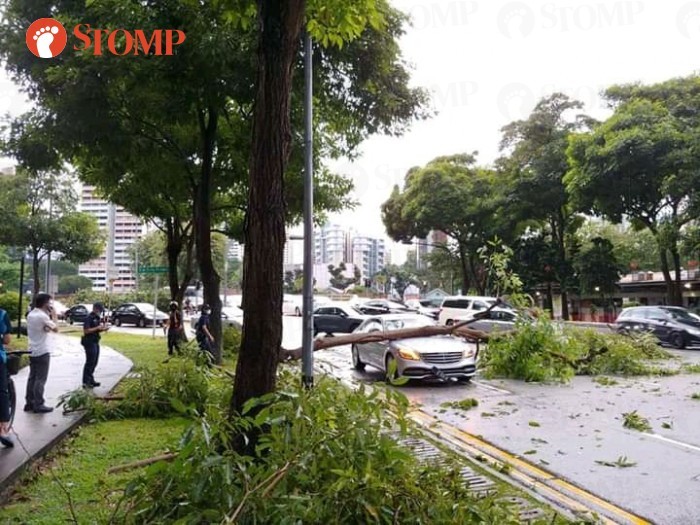 Dark storm clouds that resembled 'waves of tsunami' were also seen in the early afternoon, serving as a warning of the imminent storm.

Stompers Hui Ru, Watson and Mike shared videos of the dark clouds that loomed over Singapore.

One of the clips is taken using the time-lapse feature, which explains why the clouds are moving rapidly.

"Look at the thunderstorm brewing over Singapore," Mike said.

Hui Ru also shared that while she was not affected by the storm, she felt "shocked" to see such dark clouds.

Stomper Bebe shared two photos taken by her mother, who spotted the dark clouds over the central part to Singapore.

Stomper Bebe: "My mum, who stays in the central part of Singapore, took these photos." ⛈ (Photos taken on Monday, Nov 2,...

Other photos contributed by Mike also show the wheels of cars getting submerged in the flash floods and barricades falling over in the water. 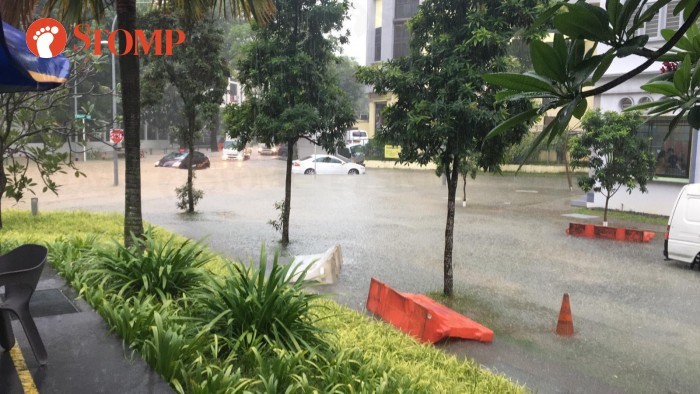 A Stomper was travelling along Bartley Road East when he saw "scary, dark clouds", which eventually rained down and caused the flash floods. 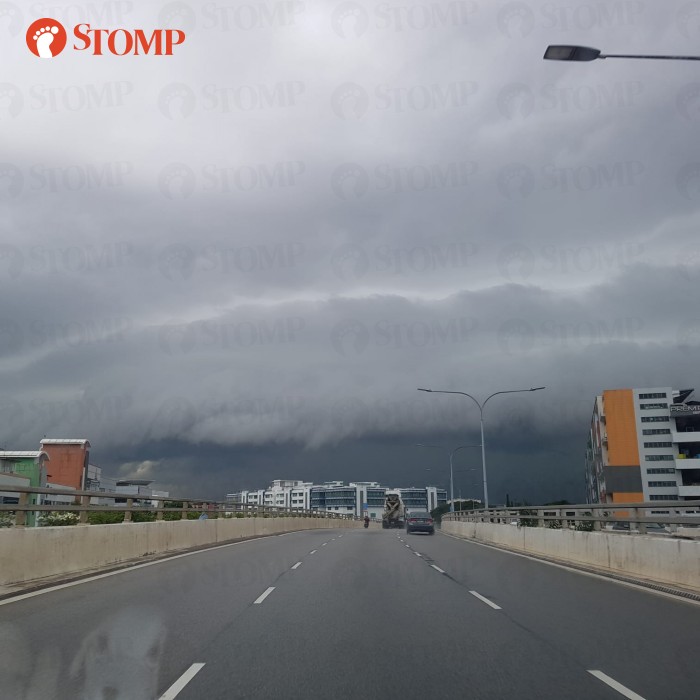 PUB added that their Quick Response Teams (QRT) were deployed to the sites to render assistance and inspect the drainage system for any obstructions.

"Among the flash flood locations, the heaviest rainfall of around 131.4mm was recorded at Tai Seng from 2.40pm to 6.10pm," added PUB.

"This amount is more than half of Singapore's average monthly rainfall in November, and lies within the top one per cent of maximum daily rainfall records for the past 39 years."