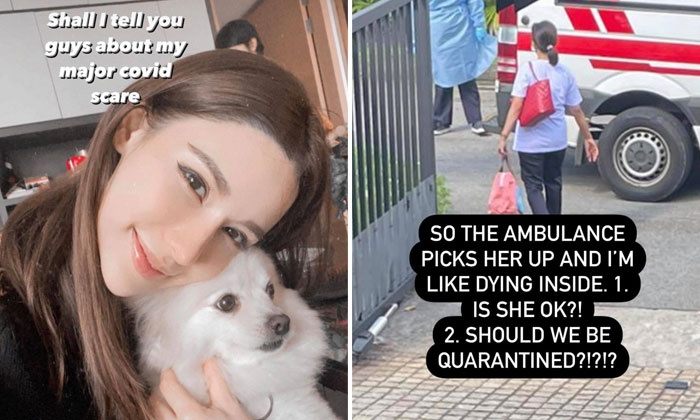 The Ministry of Manpower (MOM) has clarified concerns raised by an employer of a foreign domestic worker who had been released early from stay-home notice (SHN) despite carrying the Covid-19 virus.

MOM said in a Facebook post on May 17 that the Indonesian maid, who arrived on April 11 and cleared a Covid-19 test before her discharge from SHN two days later, had been tested again on April 30 out of caution amid the worsening Covid-19 situation.

Although she tested positive, there were indications that she was shedding dead viral fragments from an old infection, MOM said.

The domestic worker had earlier been assessed to be safe because she tested negative on her first polymerase chain reaction (PCR) test and positive on her serology test, indicating she had recovered from an earlier infection.

Her employer, Jade Rasif, had raised concerns in Facebook and Instagram posts about whether it was safe for the domestic worker to be released on the third day of her SHN. The DJ also questioned why she had not been quarantined despite being in contact with the domestic worker.

In the post on Facebook, MOM said the maid was confirmed to be no longer infectious and was discharged on May 9.

We are sorry to hear about the experience of Ms Jade Rasif and her family. The precautionary testing of the migrant...

Posted by Singapore Ministry of Manpower on Monday, May 17, 2021

In her post on social media, Ms Rasif also said she and her family members had gone for voluntary swab tests, stayed home and wore N95 masks at home as a precautionary measure.

On the issue of why the domestic worker did not have a case number, MOM said only active Covid-19 infections required case numbers, and those still under clinical assessment did not require case numbers.

On Monday (May 17), Ms Rasif responded to MOM's post in a Facebook comment, noting that there were other families in similar situations who had been placed on SHN. 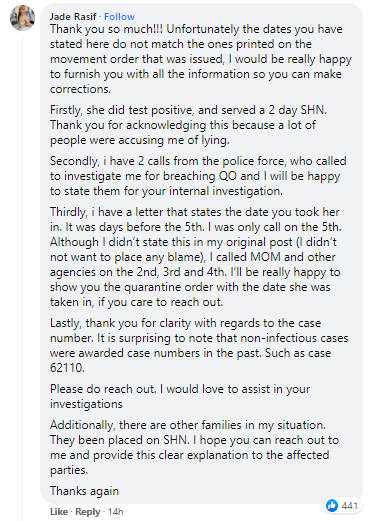 "I hope you can reach out to me and provide this clear explanation to the affected parties," she wrote.

These domestic workers were those that had been discharged only after a few days of SHN, said maid agencies. Some had tested positive and were put into isolation.