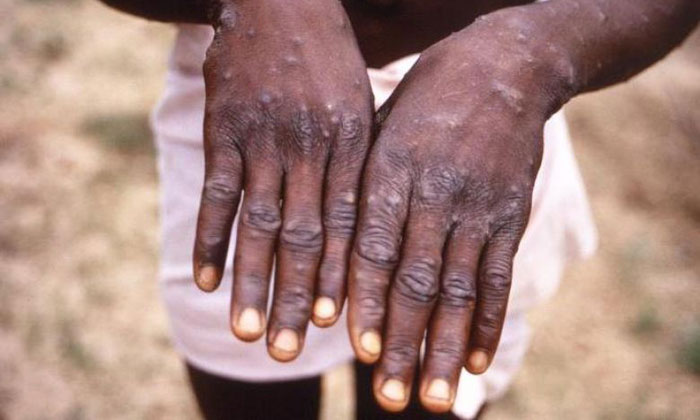 The Ministry of Health has confirmed one imported case of monkeypox infection in Singapore, involving a Nigerian national who arrived last month for a workshop.

The 38-year-old man tested positive for the rare viral disease, which is primarily transmitted to humans from animals, on Wednesday (May 8), said MOH on Thursday. It is the first case of monkeypox reported here.

He is currently in an isolation ward at the National Centre for Infectious Diseases (NCID), and is in stable condition.

Meanwhile, 22 out of 23 individuals who have been identified as close contacts of the patient are also under quarantine as a precautionary measure.

One of the close contacts, a workshop participant, had left Singapore on May 5 before the patient was diagnosed. He has reported to MOH that he remains well with no symptoms.

"Nonetheless, as a precaution, MOH has informed the public health authority in his home country," said the ministry.

MOH added that while it is possible for the disease to be transmitted between humans, the risk of spread is low.

Before coming to Singapore, the man attended a wedding in Nigeria, where he may have consumed bush meat - a possible source of transmission of the monkeypox virus.

Bush meat, the meat of wild animals hunted and sold for food, is a popular source of protein in some parts of Africa where meat from domesticated animals are scarce or expensive.

Upon his arrival on April 28, he stayed at Hotel 81 Orchid in Geylang. In the following two days, he attended a workshop at the Samsung Hub in Church Street, in the Central Business District.

On April 30, he developed fever, muscle ache, chills and skin rash. Between May 1 and 7, the man reported that he stayed in his hotel room most of the time.

On May 7, he was taken to Tan Tock Seng Hospital by ambulance and referred to NCID.

Subsequently, MOH identified the people who had come into close contact with the man, including 18 participants and trainers who attended the same workshop; one worker at the workshop venue; and four hotel staff.

They have since been assessed by NCID and offered vaccination to prevent the disease or reduce the severity of symptoms, said the ministry.

"As a precautionary measure, they will be quarantined and monitored for 21 days from their date of exposure to the patient," said MOH.

Those who develop symptoms will be treated at NCID, and all others who came into contact with the man and have a low risk of being infected are being put under active surveillance, and will be contacted twice daily to monitor their health status, the ministry added.

In its statement, MOH said monkeypox is usually self-limiting, with most patients recovering within two to three weeks.

"In some cases, however, the virus can cause serious complications such as pneumonia, sepsis, encephalitis (brain inflammation) and eye infection with ensuing loss of vision," added the statement.

"There have been reported mortality rates of 1 per cent to 10 per cent during outbreaks, with most deaths occurring in younger age groups."

Transmission of monkeypox mainly occurs when a person comes into close contact with infected animals, usually rodents, through the hunting and consumption of bush meat.

It added that transmission of the disease between humans is possible but limited, as a person is infectious only when he has symptoms, particularly skin rash.

"Transmission typically occurs from close contact with the respiratory tract secretions or skin lesions of an infected person, or objects recently contaminated by an infected person's fluids or lesion materials," it added.