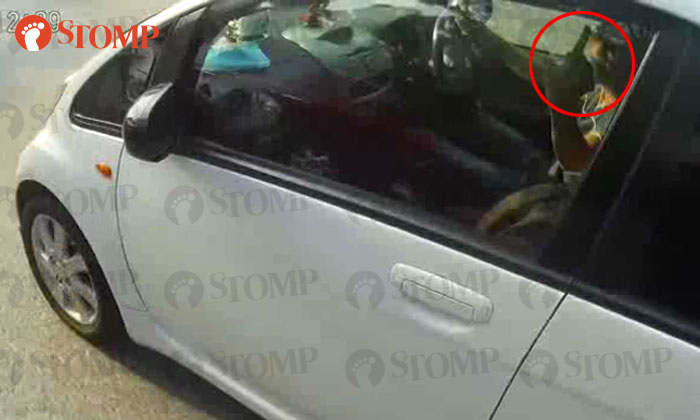 A Mitsubishi driver was caught on camera showing Stomper Yap the middle finger after changing lanes without signalling on the Tampines Expressway at 8.12am on Oct 27.

In a video sent the Stomper, Yap can first be seen riding his motorcycle behind the white Mitsubishi.

At around the 10-second mark, he started filtering left into the fourth lane of the expressway.

As he was doing so, the Mitsubishi driver also started to enter the lane. He did not signal his intention to do so before that.

In response, the Stomper horned at the driver multiple times.

The latter, however, still proceeded with the lane change and Yap had to slow down to avoid an accident.

As the Stomper rode past the Mitsubishi after that, he was shown the middle finger.

Yap feels that the Mitsubishi driver completely disregarded his safety during the incident.