Missing puppy found in bushes on TPE after 5 days, thanks to dash cam footage and Telegram 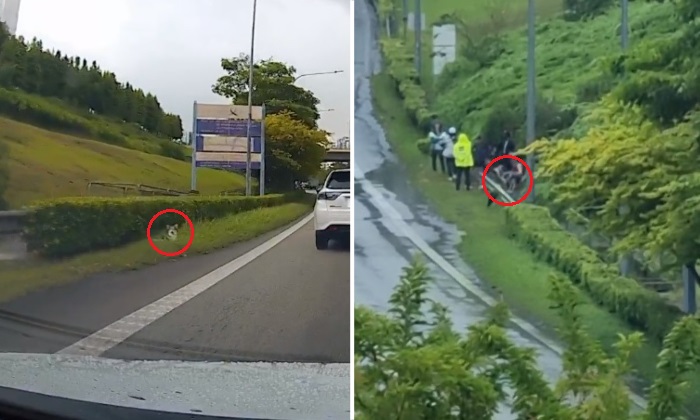 Lumio, a seven-month-old pomsky that had been missing since Oct 1, was found in the bushes on the Tampines Expressway on Thursday (Oct 6).

Stomper Jesselene said that someone named Dickson alerted the Telegram chat group created to find the dog that he saw Lumio on the expressway after the Sengkang East Road entry point.

"This was after viewing footage from another person’s dash cam recording of the dog on Oct 4, which led him to check that area again due to a strong hunch that the puppy might return to the same place," recounted the Stomper.

"True enough, Lumio was spotted hiding beneath the roadside railing and Dickson then sent his location to everyone and the owners rushed to the scene."

"EMAS (Expressway Monitoring Advisory System) and AVS (Animal & Veterinary Service) were also alerted and within 15 minutes, proceeded to cordon off the area while the owners and volunteers searched the area to try and spot the dog in the bushes.

"At around 3pm, Voxanne, Lumio’s owner, then spotted his head peering out of the bushes and he made eye contact with her. With the help of those around, she managed to lure him out to safety and leashed him as they fed the hungry pup.

"He was then brought back home safely to have his meal and a shower before heading off to the vet. 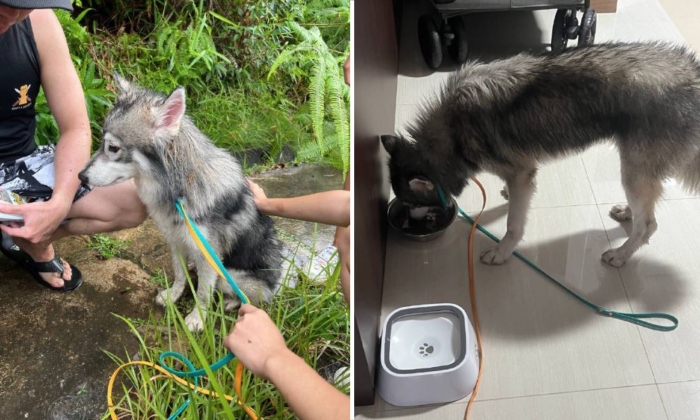 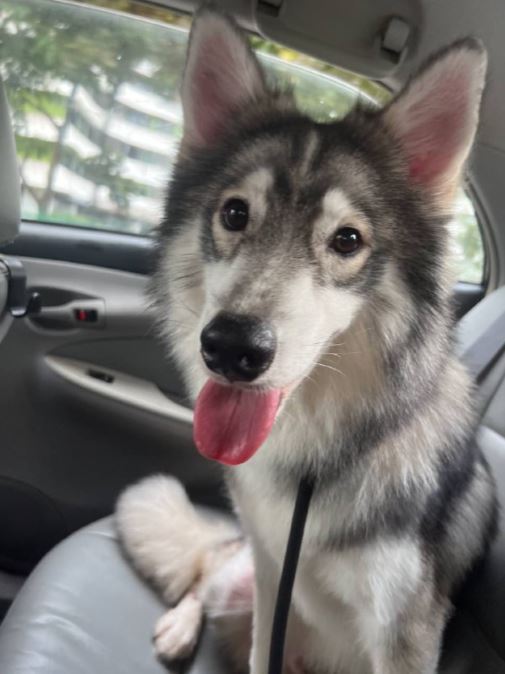 "According to Voxanne, Lumio is having a slight fever due to being caught in the rain for the past five to six days. Besides a bad abrasion behind his right ear and some minor abrasions around his body, the vet has declared him all good health-wise.

"The owners are indeed relieved to finally bring the puppy home and have him safe and sound. They would like to also extend their thanks to those who came forward to help in the great search one way or another.

"If it wasn’t for the support of those around, what looked impossible wouldn’t have been made possible."

The owner of Lumio had earlier explained on Instagram how they lost the dog. 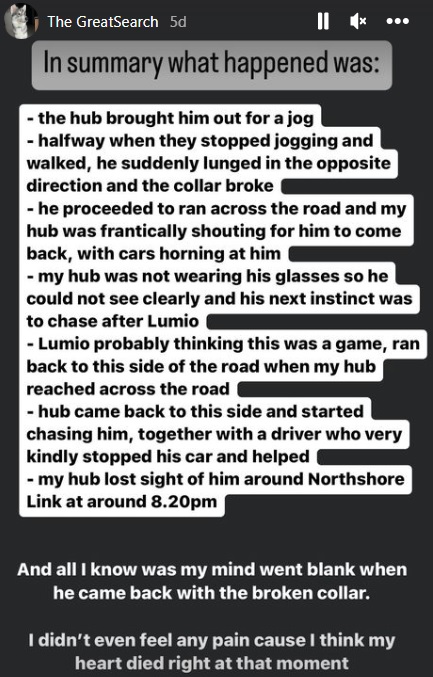