Miss USA won Miss Universe competition in the US, Miss Singapore was there 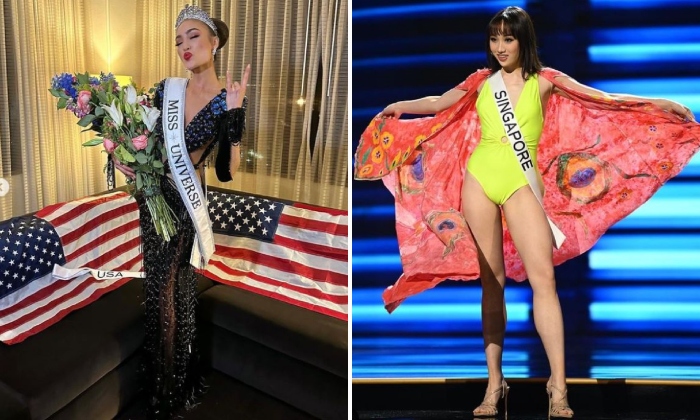 Miss USA R'Bonney Gabriel beat 82 other countries to win the Miss Universe competition held in New Orleans, Louisiana, in the US on Saturday (Jan 14).

She did not make the top 16 of the international pageant. The only two Asians who did were Miss Laos and Miss India, although also in the top 16 were Miss Canada, who is Chinese-Canadian, and Miss USA, a Filipino-American.

No Asian country made the top five, but Miss Thailand snagged the leadership award.

This year's Miss Universe Singapore national costume divided opinion, as it does every year. The orchid-inspired national costume was designed by Frederick Lee as usual and made in collaboration with 3D couture designer @baelf_design.

According to the Miss Universe Singapore organisation, the entire design took over four months to finalise and the 3D printing itself took two months.

In comparison, Miss USA wore an even more cumbersome moon-inspired costume, but she won anyway.

In her lnstagram post, Carissa wrote: "The experience and journey towards @missuniverse is something I’ll always remember and hold close to heart. It taught me many things and gave me many friendships from around the world. It also reminded me that process is more important than results always."