Miraculous recovery for Pakistani boy who was barely clinging to life: 'Singapore has changed our lives' 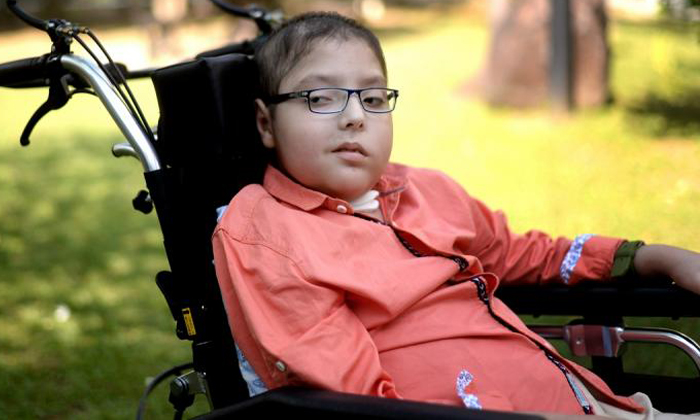 The little boy was barely clinging to life when he arrived in Singapore from Pakistan in an air ambulance three months ago.

Shayan Khan, 10, had developed infections in his brain, chest, throat and lungs after surgery back home to remove part of a brain tumour the size of a squash ball.

His father, Mr Ali Khan, 46, remembers the tense six-hour flight. On the way here, the doctor on board attended to Shayan throughout and "would not sit in the seat even for one single minute".

"Shayan's eyes were closed, he was not talking at all," Mr Ali said. "We were not hopeful that he would reach Singapore alive."

But the boy has made a miraculous recovery and will be heading home tomorrow afternoon.

Mr Ali said this was made possible because of the generosity of strangers, who pooled together more than $250,000 to help with the treatment costs and hospital bills.

An operation in August last year was successful in removing some of the tumour, which was not entirely accessible. But afterwards, Shayan developed multiple infections and became so weak, he was unable to breathe on his own and needed to have a tube inserted into his neck to help him.

The doctor recommended sending Shayan to Singapore to be treated for the infections and to have the remaining tumour removed.

Accompanied by his parents and aunt, Shayan arrived here on Oct 13. A day later, he underwent surgery at Mount Elizabeth Hospital in Orchard Road to remove an abscess that had built up in his brain.

Consultant neurosurgeon Keith Goh said: "At that time, his condition was very bad. He was in a coma and could not move all his arms and legs."

Shayan had to be attached to a ventilator to help him breathe. He also had a tube for feeding, and a tube to drain the excessive fluid from his brain. Further surgery was needed to insert a drainage tube, or shunt, in his brain.

His birthday, on Nov 28, came and went, with his parents and nurses celebrating with him. In the meantime, his parents, who had sold their assets to pay for the treatment of their only child, found that their funds were fast depleting.

Then, a group of individuals here found out about their plight and started crowdfunding in October.

More than 500 strangers, including Singaporeans, Pakistanis, Indians and Bangladeshis, chipped in to help pay for Shayan's treatment, or cook meals for the family.

Dr Goh said Shayan has made a good recovery. Last month, he regained consciousness and began moving his limbs better. "He learnt how to eat and speak again, and became stronger," said Dr Goh.

The tubes were also removed. "(Shayan) can now eat solid food, and is beginning to stand and walk."

While the boy is clear of bacterial infections, he is still on medication for a fungal infection. In Pakistan, Shayan will continue to have physiotherapy, as well as speech therapy.

He will return to Singapore in May for an operation to remove the rest of the tumour.

While more than $250,000 has been raised, the family still needs at least $135,000 more for outstanding bills and the upcoming surgery.

IT professional Amaar Khan, 37, who coordinated the fund-raising effort, said: "The family did not know anybody in Singapore and had to face this life-changing situation on their own. We felt that we should help them out where we can."

Said Mr Ali: "We came here and did not know anyone. But now, we leave having known many friends, who have come together to help us. Singapore has changed our lives."