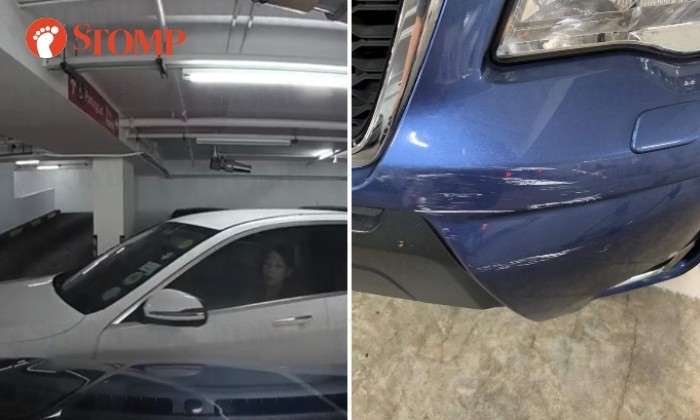 A Mercedes-Benz driver was reversing into a parking lot at Nex carpark when he hit the front of a parked Subaru car and quickly took off.

Stomper Gabriel shared that this incident happened to his friend on Saturday (Nov 7) at 4.19pm and sent videos taken from the Subaru's in-car camera.

In the video, the white Mercedes driver can be seen attempting to reverse into an empty parking lot when he hit the left side of the Subaru car.

Before taking off, the female passenger in the Mercedes can be seen looking out to see the damage done to the Subaru. 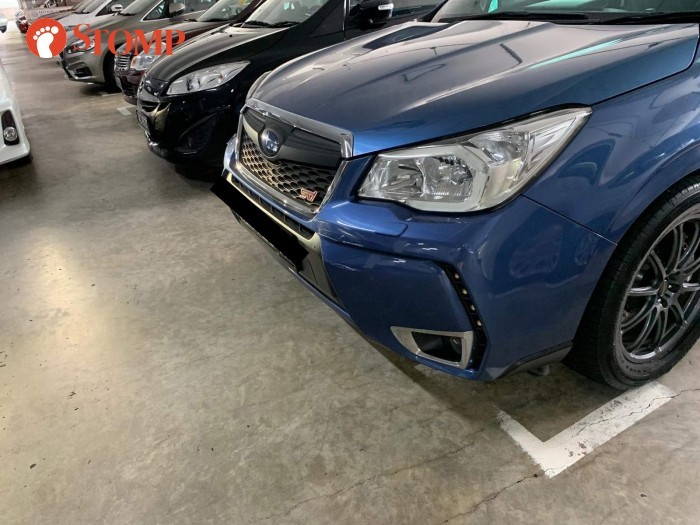 "When my friend saw that his car was damaged and found out what happened through his in-car camera, he informed the police," Gabriel said.

"We feel that the Mercedes driver should have had integrity. Instead, he just drove away.

"This issue could have actually been solved quickly and easily, but the driver decided to try his luck and run away."