Mercedes driver flashes middle finger after getting honked at along CTE 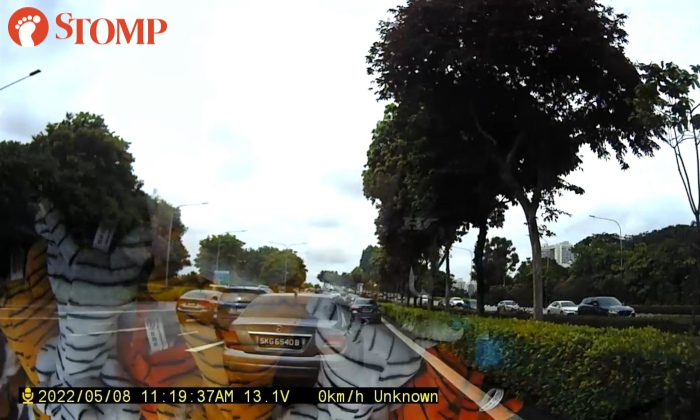 Have you ever encountered rude people on the road?

Stomper K shared a video of a Mercedes-Benz driver flipping the bird and making other hand gestures through the driver's side window on the expressway.

The incident happened on the Central Expressway (CTE) near the Braddell Road exit on May 8, at around 11.20am.

In the muted video, the Mercedes-Benz can seen filtering from the left across two lanes amid heavy traffic.

The Stomper said: "Reckless and rude driver suddenly change lane two times, almost causing a rear-end collision. After I honked him for reminding him, he raised his middle finger.

"What happened to our society! More and more rude people on the road."

While the Mercedes-Benz driver might be at fault for driving dangerously, the Road Traffic Act states: "Sounding your horn when driving is unnecessary, except to warn other road users to avoid an imminent accident or during an emergency."