Mercedes-Benz bursts into flames in the middle of Punggol East 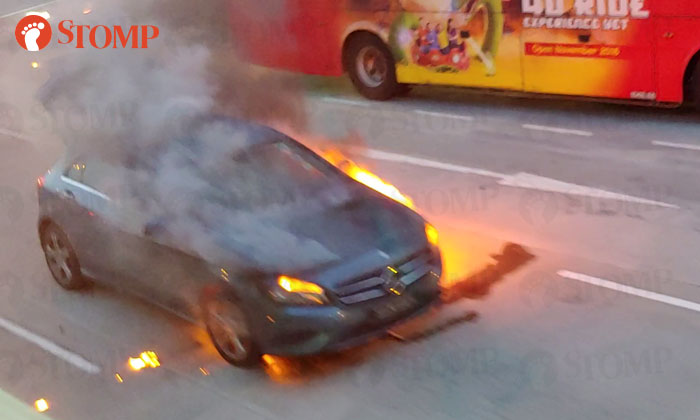 A Mercedes-Benz car caught fire in the middle of Punggol East on Feb 28.

Stomper Shawn alerted Stomp to the incident and shared videos he took of the burning vehicle.

He was taking bus service 85 when he saw the car ahead of him.

"Smoke was billowing out of the car near the traffic junction," he said

"The bus driver stopped some distance behind the burning car.

"I experienced the strong smells of smoke through the bus's air-conditioner."

In response to a Stomp media query, the Singapore Civil Defence Force (SCDF) said it responded to a vehicle fire incident at the junction of Punggol East and Punggol Field at about 7.17pm.

"The fire was extinguished by SCDF using one water jet," a spokesman said.