Merc driver unleashes string of profanities on deliveryman, but there's more to the story 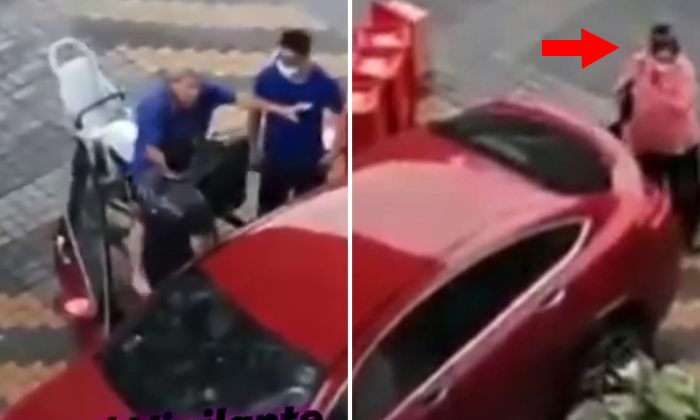 A Mercedes driver has drawn flak after he was caught on camera spewing vulgarities at a deliveryman, but there's more than meets the eye.

The dispute reportedly occurred after the deliveryman knocked into the luxury car, which had been stopped under a sheltered walkway and was blocking the route.

In the video, the Mercedes driver can be heard repeatedly hurling vulgarities at the deliveryman. An elderly cyclist is seen standing in between the pair and trying to diffuse the situation.

The Mercedes driver eventually get backs into his vehicle and drives off.

"His expletives, though fluent, is too excessive,' added the video caption.

Netizens have largely slammed the driver for being self-entitled and "super inconsiderate", while expressing sympathy for the deliveryman.

However, a witness who said he was at the scene has given a fuller version of what actually transpired. 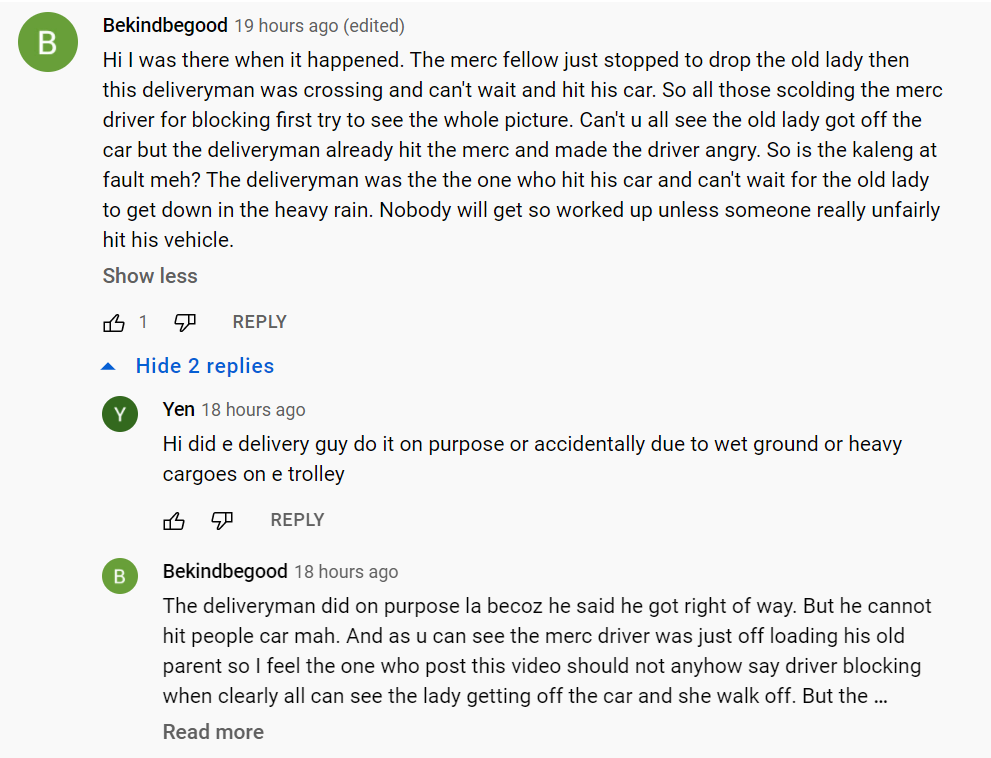 The witness explained in a YouTube comment that the Mercedes driver had been dropping off a woman, who can be spotted standing behind the car in the video if you look closely.

The witness, who said he watched the incident unfold from "the pillar on the left", also alleged that the deliveryman had hit the car on purpose.

He added, "The Merc driver shouldn't shout bad words la but if your car got hit by someone unfairly then of course you also too lan mah."