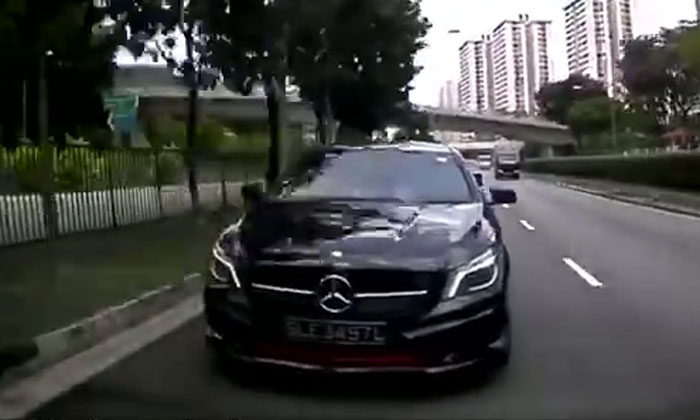 A Mercedes-Benz driver was seen on video tailgating another motorist and then playing the braking game all the way from Braddell Road to Lornie Road.

The video was posted on SG Road Vigilante's Facebook group.

According to the time stamp, the incident happened on Mar 18 at around 1.25pm.

In the video, the Mercedes-Benz is dangerously close to the back of the vehicle in front of it.

Eventually, he overtakes the vehicle in front from the left and then proceeds to play the braking game.

He does this while slowing down to a crawl.

The other driver then attempts to change lanes but the Mercedes-Benz always gets there first, even changing from the first to the fourth lane just so that he can stay in front of the other driver.

However, some call out the driver for road hogging as well.