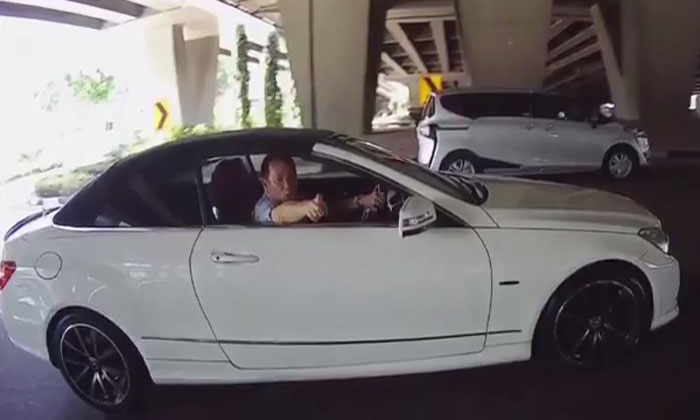 A Mercedes-Benz driver was caught on video cutting across several lanes then gesturing at a rider for not giving way to him at Jalan Toa Payoh.

A video of the incident was posted on SG Road Vigilante's Facebook group page.

According to the video's time stamp, this happened on Monday (Apr 29) at about 2pm.

In the video, the Merc driver with licence plate number SMG1071Y is seen coming from the left and crossing four lanes before turning right to Bendemeer Road.

He then tries to change one more lane to the right but the rider is in his way.

The motorcyclist kept to his own lane during the video while the Merc driver did not indicate his intention to change lanes.

Despite this, the driver winds down his window to gesture angrily at the rider.

He continues to do it as they make their turn before the video ends. 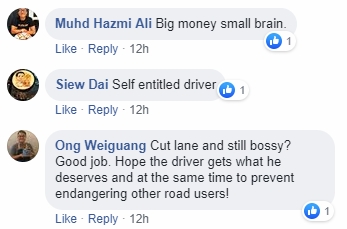 Related Stories
Van driver flashes middle finger at motorist who honked at him for cutting lanes at Buangkok Drive
Merc driver reverses into guy's car -- then shouts at him and walks away like he did nothing wrong
Cyclist slams his hand on car bonnet after 'refusing to slow down'
More About:
road rage
cut lanes
Mercedes-Benz
rude