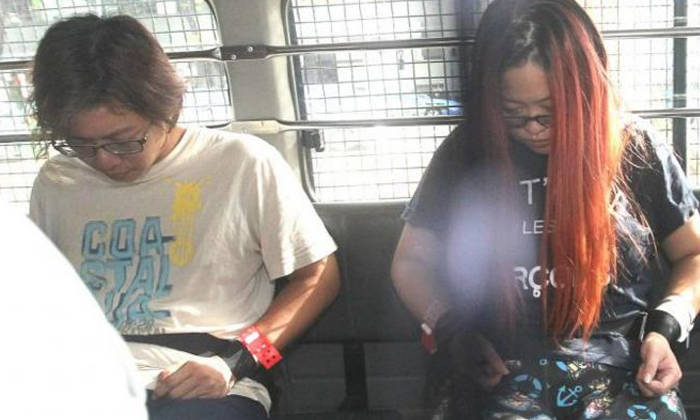 Pua Hak Chuan, who admitted to the torture of Ms Annie Ee Yu Ee with his wife, Tan Hui Zhen, has pleaded for leniency, citing that he had assaulted the victim so his wife would not continually hit her.

She had been assaulted by the two, whom she endearingly called her ‘sister’ and ‘brother-in-law’ nearly every day during her eight-month stay with the couple in 2015.

“I did not condone her beating of the deceased, but I did not dare to defy her.

“Had I not beaten her as instructed by my wife, she would have continued to hit her.”

Pua also claimed that he was just an accomplice, and pleaded with the judge for a jail term not longer than 10 years and less than 12 strokes of the cane.

Pua’s legal representative, in pleading for a lighter sentence, said that his client had acquiesced in Tan’s actions, as he felt compelled to obey his wife, whom he was afraid of.

Pua would then beat Ms Ee until Tan asked him to stop.

He claimed that sometimes, Tan would ask him to hit Ms Ee harder if she found his attacks lacking in strength.

During the interminable rounds of abuse, Pua said that he was a silent ‘observer’ many times, and simply an accomplice.

He added that he felt that they shouldn’t have hit Ms Ee, after seeing the serious injuries on her shoulders, and asked his wife to cease the beatings for a week or two to allow Ms Ee to recuperate.

However, she did not listen to his advice and started beating Ms Ee again after two to three days.

During a psychiatric evaluation, Pua professed:

“I don’t dare to interfere with my wife’s affairs.”

On Dec 29, 2014, Pua was admitted to Khoo Teck Puat Hospital after overdosing on medication.

Upon returning home, Tan took her frustration out on Ms Ee and continually hit her.

Pua did not attempt to stop her but said he continually apologised to the victim.

He revealed that part of the reason why he had overdosed was so he could ‘numb’ himself from the continuous act of torture his wife was inflicting on Ms Ee.

However, the prosecution said that Pua’s statement did not reflect facts, as he did not try to stop his wife from beating the victim after that.

According to the charges read out, Pua had slapped and hit Ms Ee between Aug and Dec 2014, as well as the start of 2015.

Two to four weeks before the Ms Ee’s death, Pua and Tan had used a 1kg roll of shrink wrap to assault the victim.

Related Stories
Mentally disabled woman dies after being abused for 8 months by couple
Man stabs GF's throat with letter opener, strikes her head with brick after she tries to break up
Malaysian farmer and 3 sons gets combined total of 105 years' jail for incest
More About:
abuse
death
mental disorder
couple