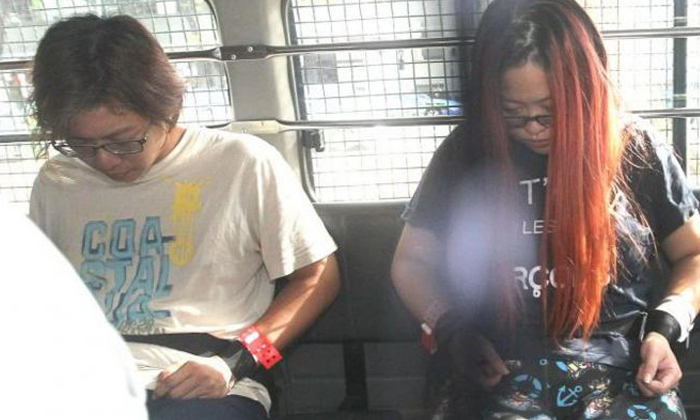 They were initially charged with murder.

In 2015, they physically abused 26-year-old waitress Ms Ee, a waitress who was also their friend that stayed with them for eight months.

The couple had used a 1kg roll of shrink wrap to assault the victim, mainly on her buttocks, where the injuries were less noticeable. The couple beat her nearly every day for eight months.

According to The Straits Times, the beatings would last as long as two hours, leaving blisters on Ms Ee's buttocks -- one about 8cm in diameter. The injuries were so serious the couple used sanitary pads to dry the wounds and bandage them.

She even attempted to cut her own wrists with a pair of scissors but Tan took it away from her.

Ms Ee, who is intellectually disabled, suffered her final beating on April 12, 2015. At that point, she already had multiple rib fractures as well as being covered in blisters.

On that day, the couple had found her lying in her own urine and scolded her, to which she replied that she was unable to control her bladder.

The couple decided to punish her for her "bad attitude".

They repeatedly beat her with the shrink wrap and smashed a plastic dustbin down on her with such force that the plastic cracked.

The next day, the couple found her that she was dead. They then decided to call the police.

When the officers arrived, Tan said the victim was a clumsy person who would often injure herself. She also claimed that Ms Ee often jumped up and landed on her buttocks for no apparent reason.

The couple later admitted assaulting her.

Describing their acts as "an appalling case of abuse and cruelty", prosecutors are seeking 15 years' jail for Tan and 14 years' jail with 12 strokes of the cane for Pua.