Men smack and rain blows on each other near Bedok 85 hawker centre, police investigating 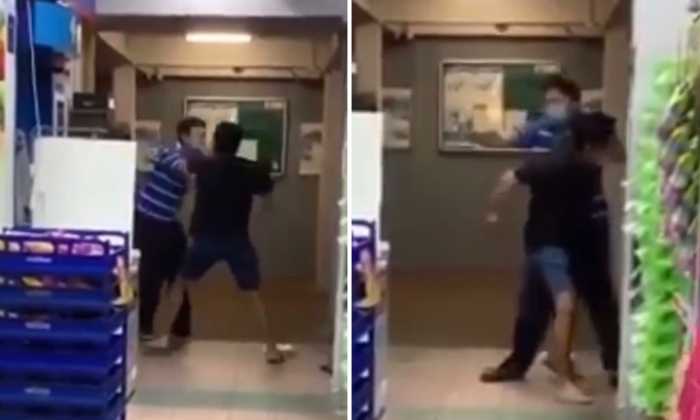 The police are investigating a fight that broke out between two men at Block 85 Bedok North Street 4 on Saturday evening (Oct 31).

Stomper Randy alerted Stomp to a video of the incident posted on All Singapore Stuff's Facebook page, which has since garnered 375 shares and 245 comments to date.

In the video, which was filmed outside FairPrice, things start to get heated up between a man in a striped shirt and a man in a black shirt. The latter appears to be barefooted.

The men then start smacking each other as bystanders watch.

As the fight continues, the man in the black shirt seems to be gaining the upper hand as he continuously rains blows on his opponent.

A third man is then seen trying to stop the fight. It is unclear what happened afterwards.

In response to a Stomp query, the police said they were alerted to the dispute at 8.56pm.

This is not the first dispute that occurred near Bedok 85.

In August, three men were arrested after a dramatic fight just outside Bedok 85 hawker centre.