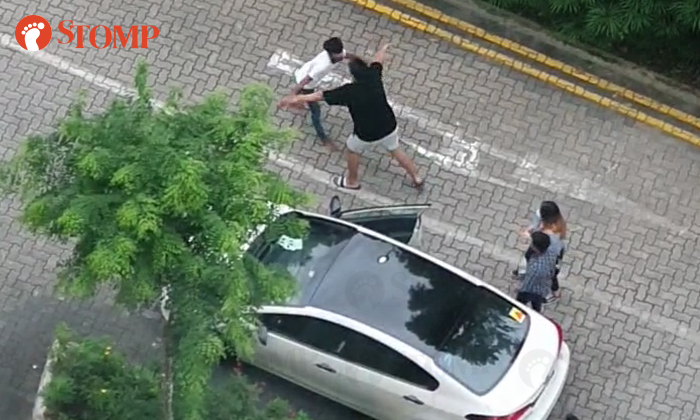 Stomper Adam, a resident in the vicinity, witnessed the incident that occurred between Block 477B and Block 477C at around 7am.

He said: "I heard shouting and looked out of my window and found these people fighting."

A video taken by Adam shows a man wearing a white shirt in a tussle with a man clad in a black shirt, while a woman tried to break up the fight.

Another man can be seen watching the scene.

According to Adam, the two men who were fighting appeared drunk.

All four people eventually left in the same car.

Adam also clarified: "As the park connector is closed for works, people jog and cycle along this section of road. Just in case you're wondering why a man is running along side of the car."

Stomp understands that police had arrived at the scene, but the group were gone by then.