Thumbs up! Men give out prata to workers in Little India as gesture of appreciation 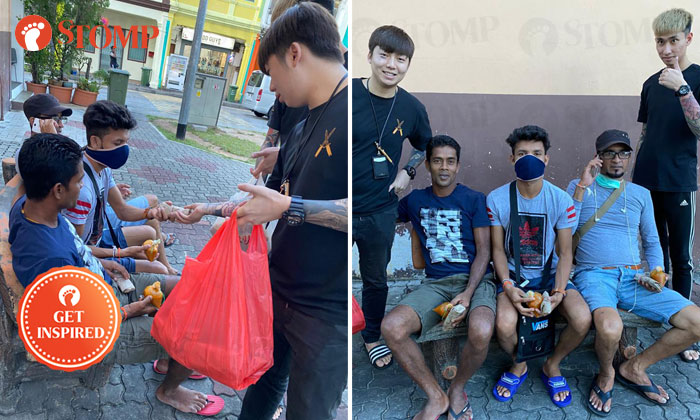 When it comes to kindness, actions speak louder than words.

A Stomper was heartened to see a trio of men giving out packets of prata to foreign workers in the Little India area on Mar 24.

He told Stomp he was passing by the area at about 6pm when he saw the men giving out the packets.

"The three of them were distributing around 100 to 200 packs to the workers," he said.

"I overheard that it was a gesture of appreciation to the workers."

He said that the men even offered him a packet.

"I was happy to see them giving back to society," he said.

"They had tattoos but looks can be deceiving.

"They were displaying more kindness than most people.

"To some, these workers may just be working in Singapore but we must also remember they are helping to build our city's roads and buildings."