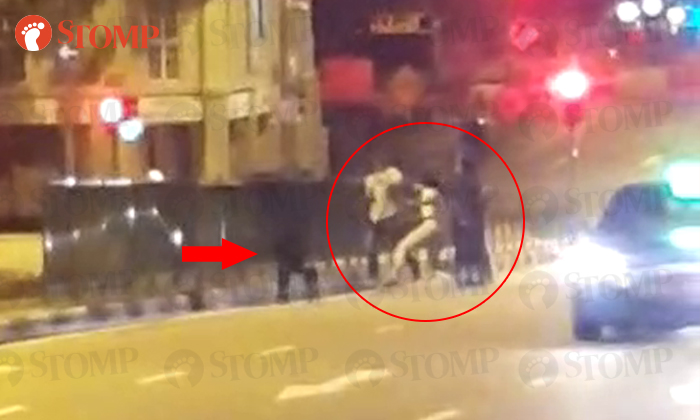 A group of men were caught on camera fighting along River Valley Road in the wee hours of today (April 12), at around 3am.

Stomper David filmed a video of the altercation at 2.56am and sent it to Stomp.

He told Stomp: "This happened outside Spize restaurant.

"It was three guys against one."

In the video, there appeared to be five men at the scene, one of whom looked like he was seated on a chair: 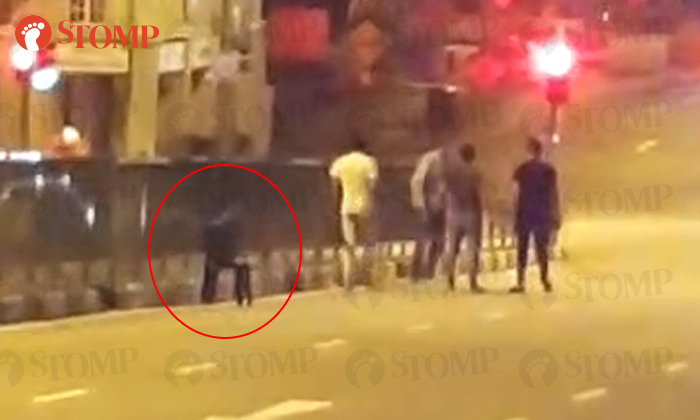 One man in white can be seen throwing punches at another guy, while the latter tried to dodge and retaliate.

The fight occurred in the middle of the road, along the central divider, despite the presence of oncoming traffic.

A search online shows that Spize restaurant typically closes at 5am on a weekday.

In response to a Stomp query, the police said they were alerted to a case of voluntarily causing hurt along River Valley Road at 2.58am.

Police are looking into the matter.

Related Stories
Viral videos of men tussling, arguing with police are from 2017 case where 4 men were arrested
Punches and hair-pulling in fight outside Orchard Towers on April Fool's Day
Men kick and punch guy on road outside club at Jalan Besar
More About:
fight
dispute