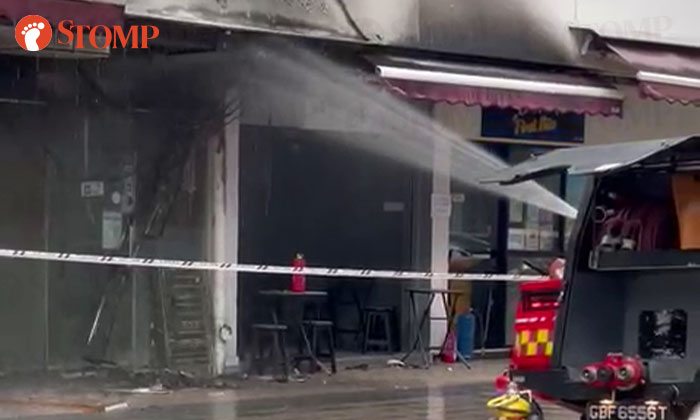 A fire broke out at Block 85B Lorong 4 Toa Payoh on Thursday afternoon.

Stomper Faizal alerted Stomp to the incident and shared footage and photos of firefighters at the scene.

"It was a hair salon shop and the burning smell was quite bad," he said.

"It was smoky too.

"By the time I went over, the fire was put out.

"I heard passers-by helped to control the fire with a fire extinguisher before the Singapore Civil Defence Force (SCDF) arrived."

In response to a Stomp query, SCDF said they were alerted to the fire at 5.50pm.

"The fire involved a signboard outside a unit on the ground floor," an SCDF spokesman said.

"Members of the public extinguished the fire using dry powder extinguishers prior to SCDF's arrival."