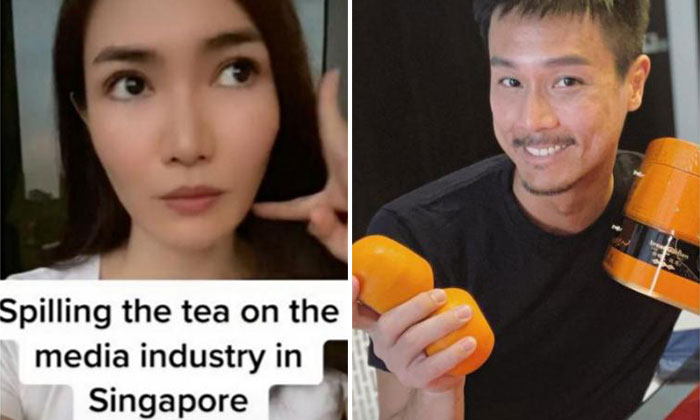 Going on about a break-up that happened more than 10 years ago? Like seriously?

Guess it is not easy sometimes to move on, especially if the break-up happened publicly.

Like former actress-model Melissa Faith Yeo who decided to re-live it in a TikTok video, "Spilling the tea on the media industry in Singapore", on Monday (May 30).

While Yeo, 36, did not mention any name, netizens identified him as actor Andie Chen, who celebrated his eighth wedding anniversary with actress Kate Pang in November last year. They have two children, aged six and eight.

Yeo said when she ended her relationship with Chen in late 2011, both parties "decided not to talk about it".

But, she alleged he did not keep his word.

"He decided on his own, in early 2012, that he needed the clout I guess. He needed the pity votes for Star Awards because he was nominated for Best Actor, so he decided to talk about our break-up and acted like the victim, and alluded to the press that I cheated on him," Yeo claimed.

She added that she was "slut-shamed" in part because of his allegation.

"He did it knowing that I am easily misunderstood and villainised," Yeo said, and claimed that she was stopped from attending a public event because of her past with him.

Since I’ve had a lot of “what happened to you?” questions for the past 10 years and since I spoke about my struggles with fake friends on my Instagram storiew, here’s the lowdown.

In 2012, Chen told local media that he and Yeo had split over "character differences" and that they parted on a good note.

That year, the actor was nominated for Best Actor at the Star Awards for his role in the martial arts drama Code Of Honour. The award went to Tay Ping Hui for his role in Bountiful Blessings.