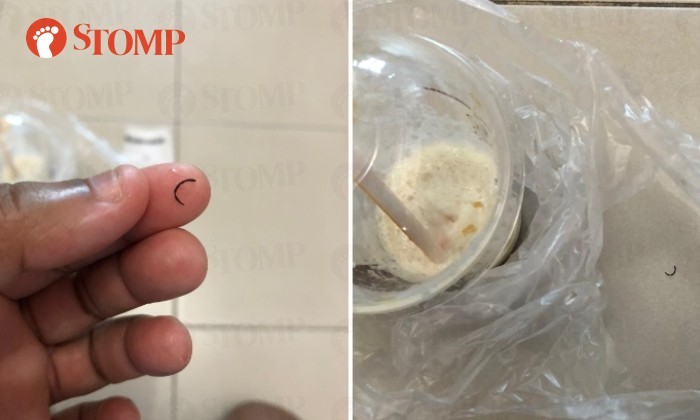 McDonald's has reinforced safety procedures in their restaurants, following feedback that a customer found what appears to be a 'sharp metal item' in her caramel frappé.

Stomper Mani said that his sister had bought a Happy Meal from the McDonald's outlet at Rivervale Mall on Dec 17 and was excited to redeem a free caramel frappé that came with the meal.

His sister brought the food back home but when their mother took a sip of the frappé, she knew something was amiss after feeling something sharp in her mouth. 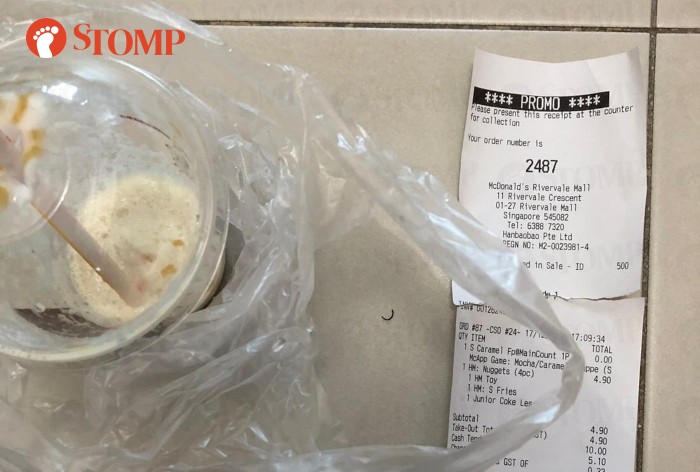 "My mother immediately spat it out onto her hand and saw that it was a sharp metal item," Mani said.

"I was trying to figure out what it was and where it came from but I have no clue.

"At first my sister was so happy to get a free caramel frappé, but after this, how to drink?

"I am very disappointed about this, what if my mother swallowed it and something happened?

"After she spat it out, she actually told me she knew something was wrong because of the sharp poking feeling. Luckily she realised it before it's too late."

Mani added that he informed McDonald's about the incident via Facebook but has yet to receive a reply from them.

In response to a Stomp query, a spokesman for McDonald's said: "At McDonald’s, we are committed to the highest food safety standards as an integral part of our business, and our customers’ safety and well-being are of paramount importance to us."

The spokesman added that upon being alerted on this incident, McDonald's has reinforced safety procedures with their restaurants.

"We have not received any such feedback via Facebook or from any of our feedback channels," said the spokesman.

"We would like to get in touch with the customer so that we can proceed to work with our restaurant and quality assurance team to investigate the incident. He may contact us at customercare@sg.mcd.com."