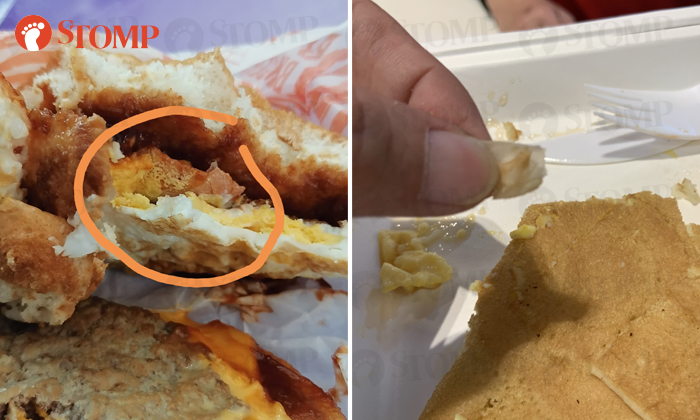 McDonald's has reinforced its operation procedures following feedback from two Stompers who allegedly found foreign objects in their food from different outlets.

In the first incident, Stomper RF337 said he was eating hotcakes at McDonald's Beauty World outlet on Feb 12 when he discovered a piece of paper in his food.

RF337 recounted: "The manager on duty could not explain why this happened and I left my contact details with her."

As he did not hear back from McDonald's after a week, RF337 decided to share the incident with Stomp.

In the second case, Stomper Firas said he ordered a delivery meal from McDonald's mobile app on Feb 15, at around 1pm.

Firas told Stomp: "I ordered a Double Prosperity Beef Burger meal and an ala carte BBQ Beef Burger with Egg.

"While I was eating the BBQ burger, I felt a crunch and realised that there was really an egg shell in the egg itself.

"Feeling disappointed, I informed McDonald's about the incident and the delivery rider came back on the same day to give me a cash refund.

"I am worried that if I don't bring up this matter, other customers might encounter the same thing, especially if children eat without checking."

It seems that Firas is not the only one who has found egg shells in his McDonald's burger. 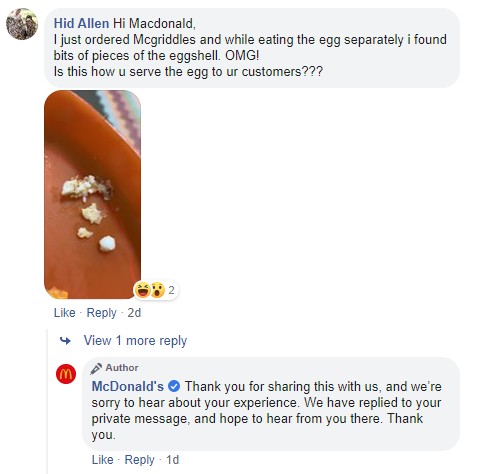 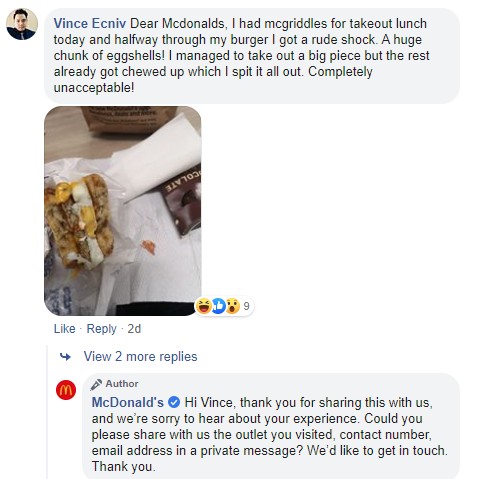 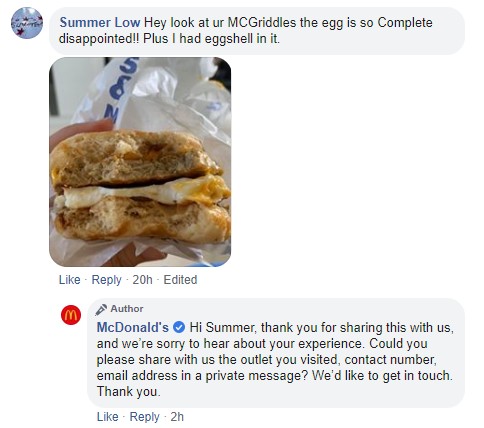 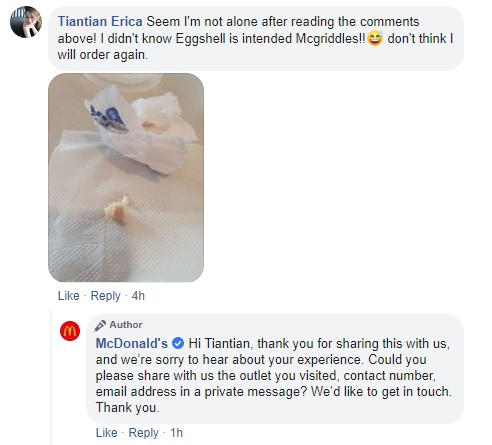 In response to queries by Stomp, a McDonald's spokesman said: "At McDonald’s, we are committed to the highest food safety standards as an integral part of our business, and the well-being of our customers is very important to us.

"Upon being alerted on the two incidents, we have reinforced our operation procedures with our restaurants."

The spokesman said that McDonald's has since been in contact with Stomper RF337.

He added: "We would also like to hear more from the customer who ordered the BBQ Beef Burger with Egg, and address this with the restaurant team concerned. He is able to contact us at customercare@sg.mcd.com."