McDonald's customer calls out other patrons for being 'socially irresponsible' as a joke, but netizens not amused 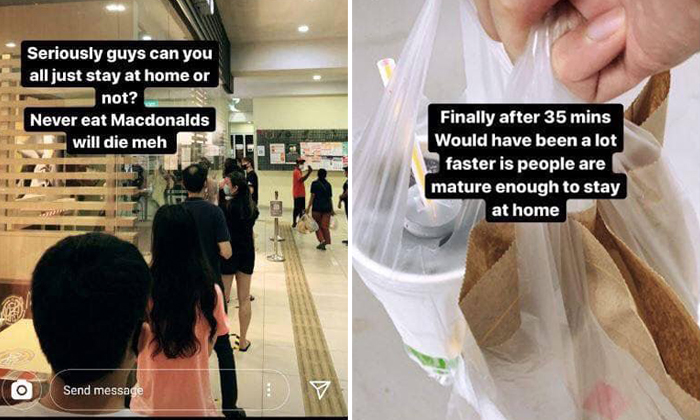 A man sparked outrage online after calling out McDonald's customers for being 'socially irresponsible' by not staying home ⁠— even though he probably meant to be ironic.

The furore began when the man posted a series of Instagram Stories, where he shared photos of people queueing at McDonald's and labelled them as "socially irresponsible". 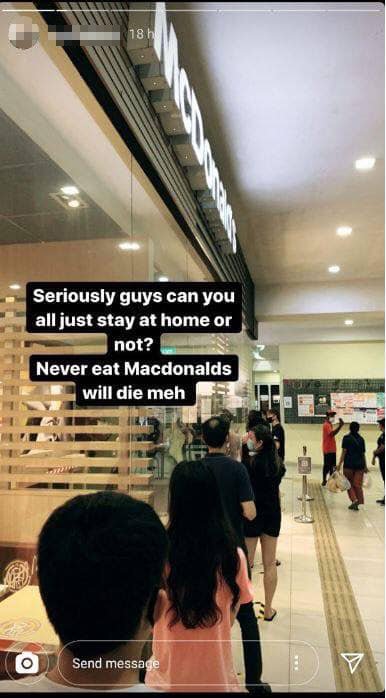 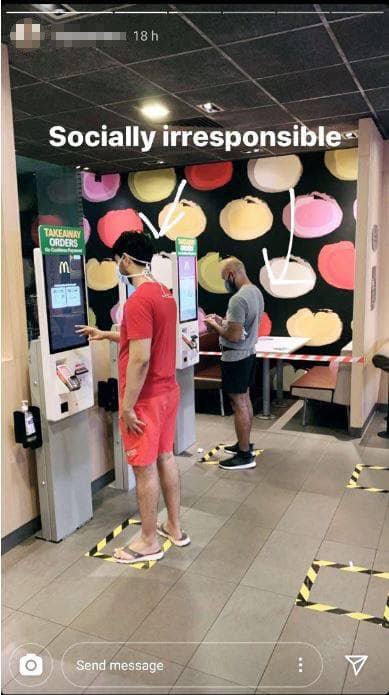 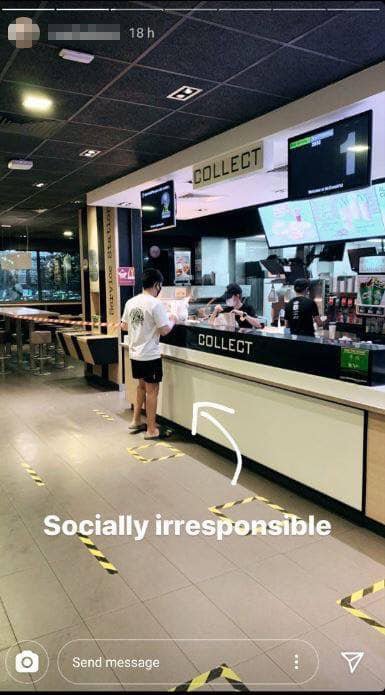 In one picture of the queue at an unidentified McDonald's outlet, he wrote: "Seriously guys can you all just stay home or not? Never eat McDonald's will die meh."

However, he can clearly be seen in the queue as well.

Another image shows the man with his McDonald's order after a 35-minute wait and saying: "Would have been a lot faster if people are mature enough to stay home." 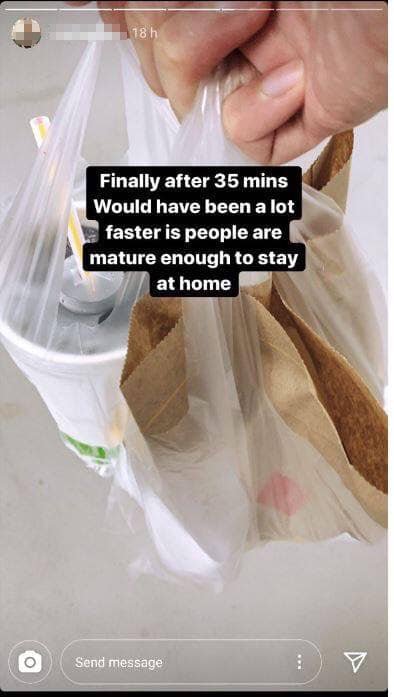 A Stomper, who asked to remain anonymous as he was "sadly" acquainted with the Instagram user, submitted screenshots of the man's posts.

The Stomper said: "He called all the other customers socially irresponsible when he was also there with them. Oh the irony."

However, it does seem like the Instagram user was trying to be ironic and poking fun of himself, according to Mustsharenews.com.

The photo of him holding his McDonald's order was presumably supposed to be the punchline, which most people failed to catch.

In the hundreds of comments, many people appeared to be upset at the man and slammed him for being "a pot calling the kettle black".

Some, however, were aware of the man's less malicious intentions.

One user said she felt "bad" for whoever took the screenshots without getting the "joke".

Meanwhile, a handful saw no humour in the posts.

A netizen described the man's sense of humour as being "out of whack" and said the supposed sarcasm flew right over her.

Another, very rightfully we might add, quipped: "Sarcasm isn't for everyone."

The Instagram user himself seems to be aware of the backlash.

Before making his account private, he shared a screenshot of SG Dirty Fella's post and wrote on Instagram Stories in the same self-deprecating tone: "I'm a dirty fella." 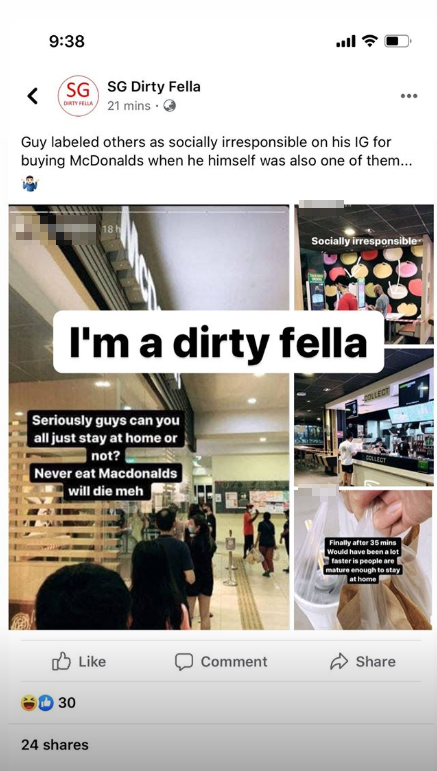