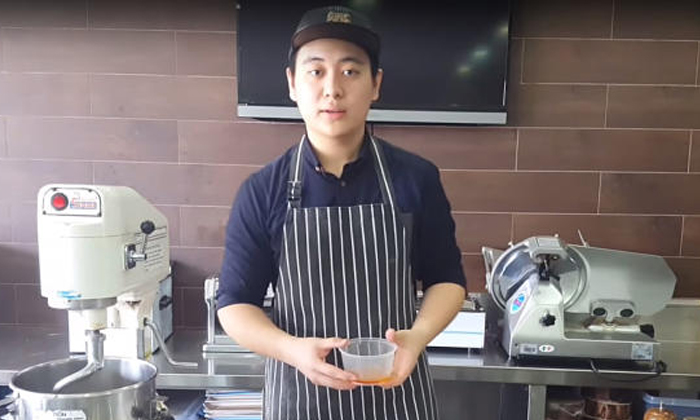 A chef died last Friday after falling off his e-scooter about a week ago.

Mr Lim Kian Yek, 23, a Malaysian chef working at Marina Bay Sands, was found unconscious at East Coast Park by a group of cyclists just past midnight on Sept 23. It is not known why or how he fell.

A police spokesman said they were informed at about 1am of "an accident involving a personal mobility device (PMD) at East Coast Park".

"The rider, a 23-year-old man, was unconscious when conveyed to Changi General Hospital where he subsequently succumbed to his injuries," the spokesman added.

The police have classified the case as unnatural death and are investigating.

The New Paper understands that no witnesses of the accident have come forward. There are also no cameras where he fell.

Some members of the public, including cyclists, only saw Mr Lim unconscious on the path near the F1 car park.

According to Chinese evening daily Shin Min Daily News, there was no blood at the scene.

Shin Min reported that the 23-year-old man was a recent university graduate who had rented a flat at Bedok North with his family about six months ago.

At the wake near the home at Bedok North Road on Sunday evening, family members urged witnesses to come forward.

There have been at least two other cases of people dying after falling off their PMDs here.

In November 2015, a 38-year-old French national who worked as a chiropractor died after falling off an electric skateboard at the Green Connecting Bridge along East Coast Park Service Road near Fort Road.

In March 2016, a 22-year-old man who worked at an e-scooter shop died after falling off an e-scooter after crossing the same bridge.

Last month, it was announced that the speed limit for PMDs and bicycles on footpaths will be lowered to 10kmh from 15kmh starting next year.

Related Stories
52-year-old e-scooter rider dies in hospital after accident with double-decker bus in Kaki Bukit
E-scooter rider who died after accident with bus in Kaki Bukit was 'kind-hearted, helpful and friendly'
Death of 22-year-old who fell off e-scooter at East Coast Park was 'largely contributed' by not wearing helmet: Coroner
More About:
e-scooter
death
dead
accident