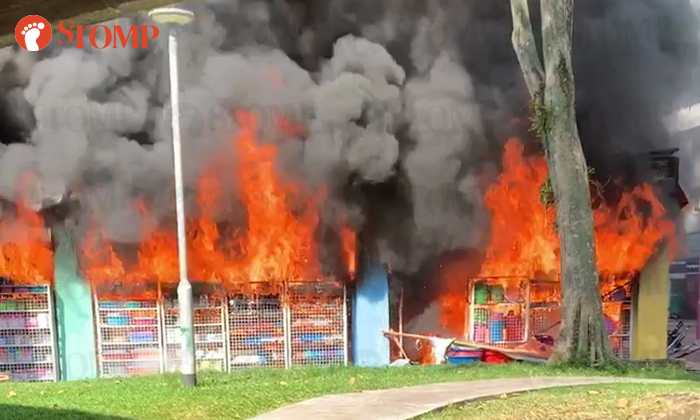 Several Stompers shared photos and videos of the blaze that occurred at around 3.45pm.

According to the Singapore Civil Defence Force (SCDF), the fire involved 4 shops on the ground floor, each with an adjoining second floor unit.

Stomper Chenzhen said the fire had spread through a hardware store, a CK departmental store and a nail salon.

A total of 19 emergency vehicles and about 60 firefighters were deployed to the scene, said the SCDF in a statement on Facebook.

At the height of the operations, 10 water jets and an unmanned firefighting machine were used to mitigate the fire, which was brought under control by 4.30pm.

The SCDF added: "Occupants of the block, including children from a nearby learning centre, were evacuated by SCDF and police officers.

"Eight persons, including an SCDF officer, were conveyed to hospitals for burn injuries and/or smoke inhalation."

Stomper Juju said he had just stepped out from his flat at Block 213 Ang Mo Kio Avenue 3 when he saw a plume of black smoke. 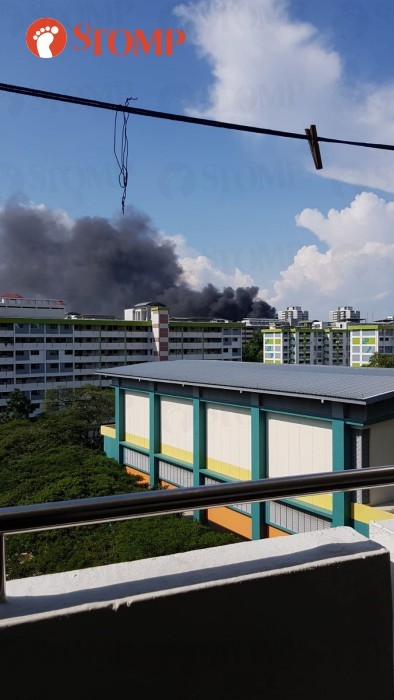 Videos contributed by Stompers showed thick clouds of smoke rising from the fire.

Stomper Lim said that the fire was already extinguished when he was in the area at about 5pm.

Lim shared with Stomp photos of the aftermath showing floors damp with a greenish-looking liquid. 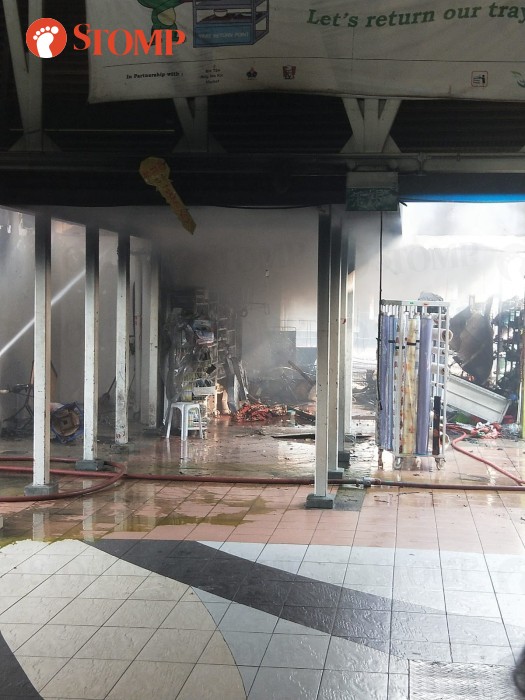