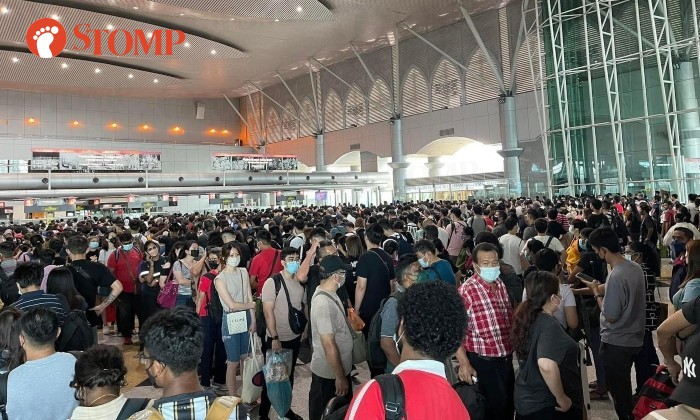 Travellers thronged the Johor Bahru Checkpoint on Monday (July 11) as thousands return to Singapore from Malaysia at the end of the Hari Raya Haji long weekend.

Stomper Lim shared photos of the massive crowd in the Sultan Iskandar Building at 2.30pm on his return to Singapore.

He said: "At JB customs, so many people came back. It was the first time I saw something like this happen."

Singapore's Immigration and Checkpoints Authority (ICA) had earlier advised those arriving in Singapore on July 11 to avoid the peak hours between 6pm and midnight. 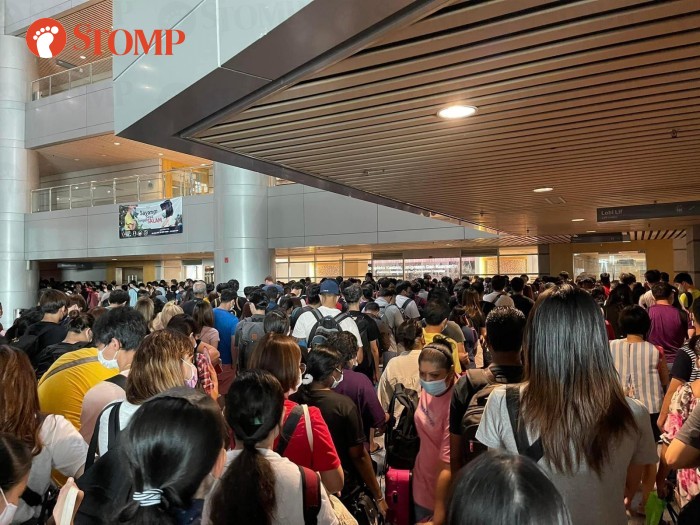 In its travel advisory issued last week, ICA said: "Traffic flow through Woodlands and Tuas Checkpoints has been gradually increasing since the reopening of borders.

ICA  also highlighted that the Jabatan Imigresen Malaysia has commenced upgrading works on their arrival immigration car booths at the Sultan Iskandar Building since June 6. During this period, booths that are undergoing upgrading will not be operational.

According to ICA, at the peak of the Hari Raya Haji long weekend in 2019, travellers departing and arriving by car via the land checkpoints had to wait up to four hours before they were cleared through immigration.