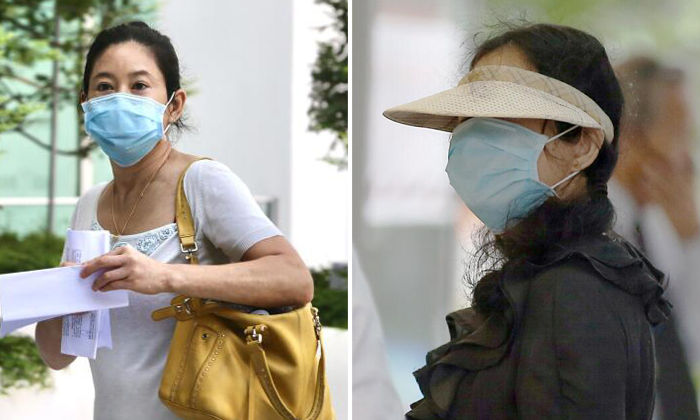 Shaffiq Alkhatib
The Straits Times
May 13, 2020

The prosecution has called for a fine of at least $21,000 for a woman accused of offering massage and sexual services at a beauty salon amid circuit breaker measures meant to curb the coronavirus outbreak.

Such businesses had been ordered to close temporarily, as part of measures against Covid-19.

The alleged offender, Jin Yin, 55, broke down in tears and wailed when she heard the proposed fine on Wednesday (May 13).

Sobbing, she told Senior District Judge Ong Hian Sun in Mandarin: "I don't have that much money to pay."

Jin, who was originally scheduled to plead guilty to her charges on Wednesday, even knelt before the judge, clasped both her hands together and begged for mercy.

The Singaporean told the court that she had to work to settle the debts she owed after borrowing money to pay for her mother's medical fees in China.

She added that her mother, who had been battling cancer, died last year. Jin also has a daughter in Beijing, the court heard.

Judge Ong said that he could not take Jin's plea as she was unable to compose herself in court.

Her pre-trial conference will be held on May 22.

Jin is accused of flouting a control order under the Covid-19 (Temporary Measures) Act. She also faces two charges under the Massage Establishments Act.

Jin, who worked at In-Style Beauty Salon in Upper Cross Street, is said to have allowed one of her male clients to enter its premises between 1pm and 2.30pm on April 10.

It was not stated if action will be taken against him.

Jin is also accused of carrying on the business of providing massage services at the salon that day, even though she did not have a valid licence to do so.

Between Oct 1 and Oct 30 last year, Jin allegedly paid an agent an undisclosed amount to put up an advertisement on Locanto, an online classifieds website, offering massage services at the salon even though she did not have a valid licence to do so.

According to court documents, Jin has two earlier convictions involving massage-related offences - one in November 2014 and another in June 2016.

No details were given about these earlier cases and the sentences meted out.

For flouting a control order to stem the spread of Covid-19, a first-time offender can be jailed for up to six months and fined up to $10,000.

Related Stories
Woman allegedly gave client, 67, massage and sexual services at salon during circuit breaker
Man left home 30 minutes before Covid-19 quarantine ended to have breakfast, fined $1,500
Remember man who boasted about 'having illegal gathering, so what?' So he gets charged in court
More About:
court
illegal
Covid-19