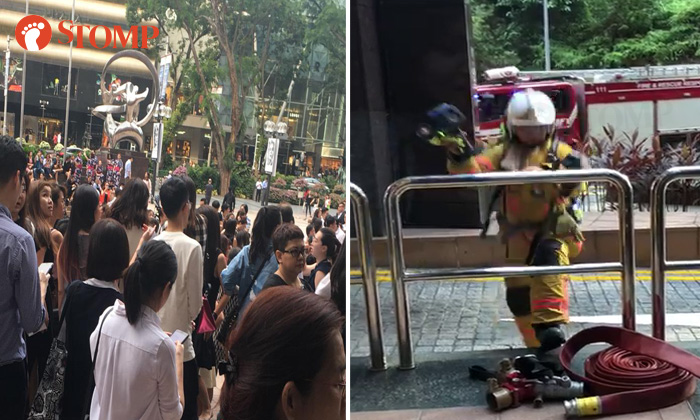 Office workers and shoppers were evacuated when a fire broke out at Ngee Ann City Tower B in Orchard Road this afternoon (Sep 26) at about 5pm.

Several Stompers alerted us to the incident via WhatsApp.

"When I was shopping at Takashimaya, the fire alarm went off in the mall," said Stomper Andy.

"It rang a few times and then stopped.

"At first I thought it was just a drill or a false alarm, but was later told by a staff member at Takashimaya that a fire had broken out at Tower B.

"That was when I decided that it was time I left.

"As I was driving out, I saw a few fire engines as well as police cars parked at the rear of the mall."

Another Stomper also spotted something amiss when he saw some fire engines as well as firemen stationing themselves at the back entrance of Ngee Ann City at around 5.15pm.

In a photo and video he shared with Stomp, a fire engine can be seen parked at a road near the rear of the mall while two firemen undo a firehose. 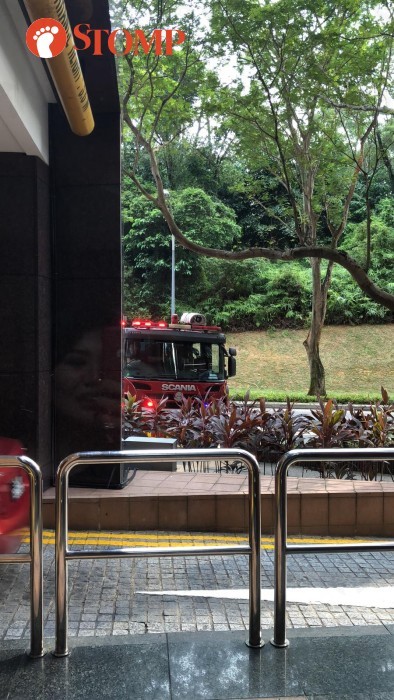 "At first, a fire alarm rang for about 15 minutes at around 5.30pm to 6pm," said another Stomper Jeffrey.

"It was accompanied by a public service announcement informing patrons of the mall to not panic.

"Soon after the alarm rang, members of the Singapore Civil Defence Force (SCDF) as well as the Takashimaya Fire Response Team started to evacuate people from Tower B.

"I could see there were at least four or five fire engines around the mall at that time."

A large crowd can also be seen gathering outside Ngee Ann City. 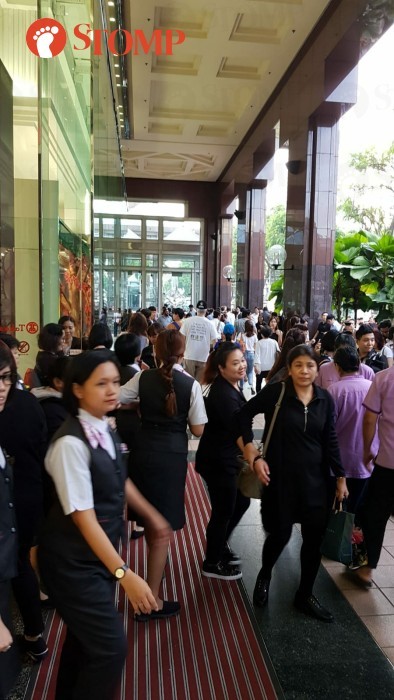 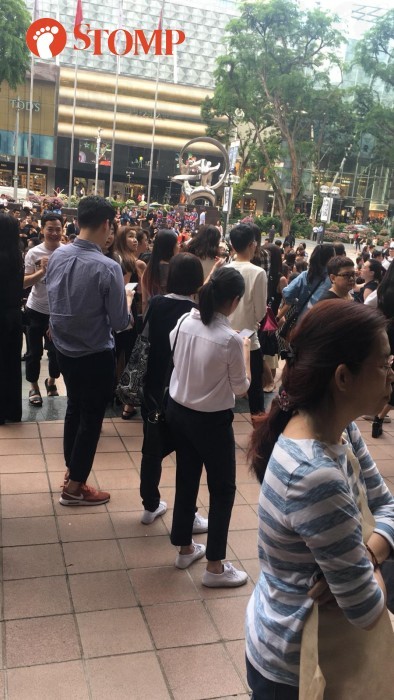 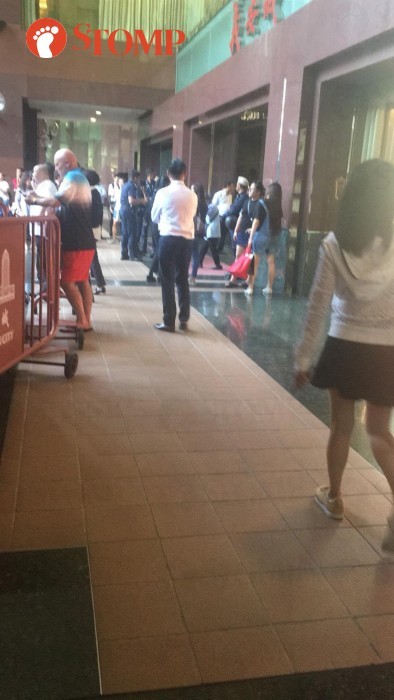 Jeffrey also took a video at around 5.30pm in Tower B.

The corridors in the mall are seen to be completely empty as people have already been evacuated at this time.

"I took this video at Basement 2 of Tower B," he said.

"At this point, the inside of the mall is completely empty."

According to The Straits Times, hundreds of shoppers and office workers were evacuated due to the fire.

"We knew what we had to do because we have annual fire drills," said Ms G.H Chua, an office worker.

She added that those who were evacuated with her remained calm throughout.

A video has surfaced on Facebook showing office workers being evacuated down a stairwell by SCDF personnel.

SCDF has released a statement on their Facebook page regarding the matter.

In the statement, SCDF said that the source of the smoke was traced to burning a pile of trash that had accumulated at the bottom of a ventilation shaft within a stairwell.

The SCDF subsequently extinguished the fire with a hosereel.

The cause of fire is still under investigation.