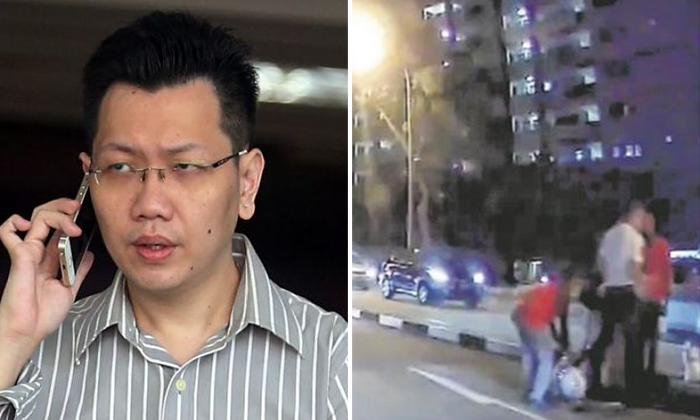 The Maserati driver who was in a hit-and-run accident involving a traffic police officer has been slapped with 15 additional charges.

34-year-old Lee Cheng Yan now faces a total of 23 charges, including a charge for causing grievous hurt when he hit Staff Sergeant Khairulanwar Kahar when driving his car on Nov 17.

These new charges, mainly consisting of traffic offences, mark the fourth set of charges that have been brought against him.

According to The Straits Times, before he allegedly committed the traffic offences, he had been banned from holding or obtaining a driving licence for nine months, from July 4 to April 3 next year.

Court documents did not state what this disqualification was for.

Three of the additional 15 charges were for driving while under the period of disqualification.

Despite the ban, he purportedly drove a car on three separate occasions to Kaki Bukit Road 2 and Potong Pasir Avenue 3 between Nov 9 and 16. He is said to have done so without insurance.

Nine other charges that he faced included failing to stop and render assistance, after hitting Staff Sergeant Khairulanwar Kahar along Bedok Reservoir Road.

He is also accused of perverting the course of justice on Nov 17. After hitting the traffic police officer, he had allegedly abandoned the Maserati in Willow Avenue near Upper Aljunied ​ Road.

He is also said to have thrown away a white T-shirt that he was wearing in order to hamper police investigations.

DPP Quek also stated, "The current charges are not the full set."

Some of Lee's earlier charges include sending three threatening text messages to two men between May and July.

In July, he was also fined $13,500 for installing an illegal modification on his Maserati.

On July 6, Lee had allegedly duped an employee of a car rental company into believing that he had a valid Class 3 driving licence. As a result, the employee is said to have rented him a car - not the Maserati - for 29 days.

On Aug 4, Lee purportedly drove the rented car in Shaw Road, near Upper Paya Lebar, while he was banned from holding or obtaining a driving licence.

He was also involved in a road accident at Orchard Road in 2016 which resulted in a motorcyclist being injured.

Lee was previously out on bail of $20,000 but it has since been raised to $35,000 as the number of charges brought against him has gone up.

He is scheduled to be back in court on Jan 25 next year.