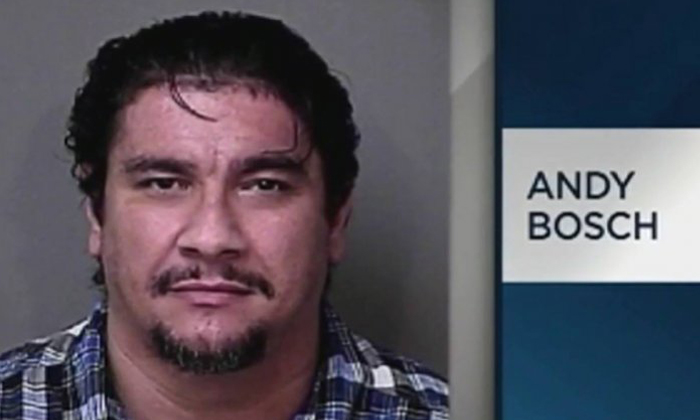 A married Florida businessman has been thrown behind bars as he faces charges that he allegedly adopted a teenaged girl from the Philippines with the sole motive of forced sex.

Andrew William Bosch, 42, of Orlando, who was nabbed on July 27, was suspected of abusing the minor, who was only 12 years old when she was adopted.

Now 17, the girl, who is a distant relative of his wife, has been placed in foster care.

According to a report by the US Immigration and Customs Enforcement, his wife Melody Bosch was dismayed when she noticed that her husband and their underaged ward "were developing feelings for one another outside the approved sexual arrangements".

WFTV station first reported the case, alleging that Bosch had lured the victim to the United States under the pretext of adoption, and then, later took her out of the foster care system.

Bosch, who also faces an additional count of interfering with custody of a child, reportedly ran a successful tax preparation business.

FROM SEXUAL ABUSE TO ROMANCE?

Law enforcement officials plucked the girl from the Boschs' home and placed her in a foster home in March last year. But she escaped.

But investigators discovered to their surprise that Bosch and the teen has kept in touch, meeting each other at various locations, including a church, to exchange handwritten notes.

The girl was reported missing by her foster family. Her foster sisters told detectives they somehow got the creeps when they saw Bosch

Four months after the girl's disappearance, enforcement officers from the federal court joined in the search and began wiretapping Bosch and his wife.

In one recorded phone conversation, Bosch allegedly told Melody: 'Now that they know that she isn't in the Philippines, they will be looking harder here.'

When US marshals arrested Bosch in February, he led them to an apartment in Tampa, where they found the missing girl hiding in a closet. The owner told detectives that Borsh paid for the apartment and would visit the girl on weekends, reported WFTV.

Melody, who is now estranged from her husband, has not been charged with any crime, even though investigators believe she was aware of his trysts with the minor.