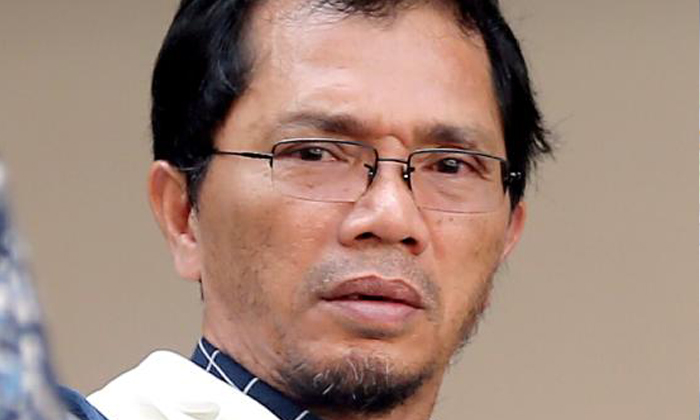 The victims were serving their national service as special constables.

He was also acquitted of one molestation charge involving a fifth special constable.

The 56-year-old, who was married, committed the offences between Jan and Sept 2015.

The police said that Taufik is no longer with the Singapore Police Force.

He became the officer in charge of the hit-and-run investigation team five years after he joined the TP investigation branch in 1998.

His retirement benefits, however, will be forfeited with his conviction, said the police.

The court heard that on Sept 10, 2015, Taufik approached a 21-year-old special constable, complaining about the latter's body odour and said he had some cream that could remove hair from his armpits and groin.

Two days later, he invited the young man to his apartment and said he would guide him on using the products.

Taufik brought him home the following day and gave the products to him. Nobody else was present.

Taufik then barged into the toilet when the man was naked.

He applied the hair removal cream to the man's private parts, then he slathered the man with body scrub and molested him again after removing the cream.

The special constable testified that he felt like "the whole world collapsed on him, so all he did was comply".

After sending the man home, Taufik texted him to say: "Let me know if you feel lonely and need me to accompany you. You can stay over at my place and let me know."

From Jan to July 2015, he had placed his right hand around the waist of a 24-year-old man and pulled him close. He molested another 21-year-old man between June and July that year by slapping his right buttock.

The offences were exposed on Sept 16, 2015, when the man whom he had invited home told the 22-year-old victim about what happened.

The two men then told a National Service (NS) probationary inspector about their ordeal.