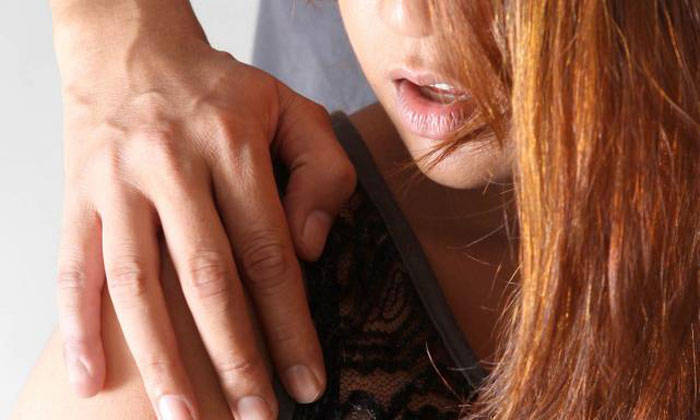 A man who repeatedly molested his sister-in-law while she was asleep was finally caught after she woke up while he was committing the offence.

The 25-year-old woman later viewed closed-circuit television (CCTV) footage taken from a camera in the living room, where she had been sleeping, and saw him molesting her.

She alerted the police the next day.

The 28-year-old private-hire car driver was sentenced on Thursday (March 25) to 14 months' jail after pleading guilty to three molestation charges.

He cannot be named owing to a gag order to protect the victim's identity.

In sentencing him, District Judge Marvin Bay said that the woman had been "violated" and she "would have presumed herself to be safe in his home".

He added: "I would also note that the accused would not have been brought to account for his acts except by the gumption of the victim to examine the... CCTV, which had captured the accused in the acts."

Deputy Public Prosecutor Esther Wong said that the man and his wife shared a flat with other family members, including the victim.

The offender was getting ready for work at around 6.30am some time in July 2019 when he walked past the woman, who was sleeping on a couch in the living room.

He molested his sister-in-law but his touches did not waken her, the court heard.

On Sept 22, 2019, the man returned home from work at around 4am and molested the woman again when he saw her sleeping in the living room.

After that, he went to the bedroom he shared with his wife, only to return minutes later to touch his sister-in-law's breast. The woman remained asleep and he returned to his bedroom.

The DPP said: "Since he had got away the first two times, he decided to touch the victim's breast again to satisfy his sexual urge."

He walked up to his sister-in-law, who finally woke up while he was molesting her. The man then retreated to his room.

The court heard that she went back to sleep before going to work at around 11am that day.

She viewed the CCTV footage about five hours later and saw her brother-in-law molesting her.

He was ordered to surrender himself at the State Courts on April 8 to begin serving his jail term.

Related Stories
Jail for man who molested 3 stepdaughters in separate incidents
Teen molested 15-year-old GF while her mother was in another room
23-year-old man arrested after breaking into woman's Jurong East home and molesting her
More About:
molest
court