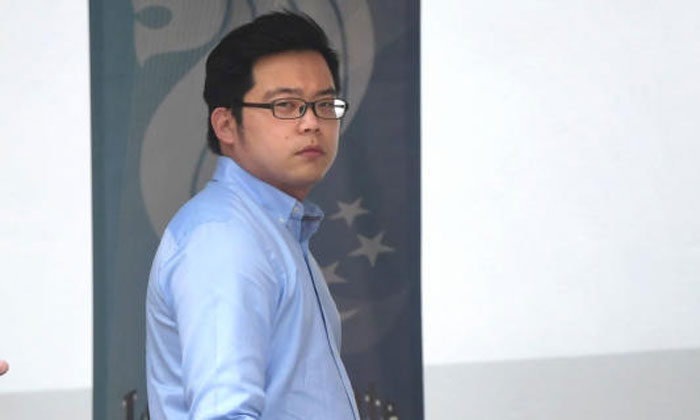 He was married with children, but that did not stop Jimson Zheng Jun Cheng from filming upskirt videos of unsuspecting women.

Zheng, 31, had pleaded guilty to his offences on July 30.

He also secretly filmed himself having sex with an unnamed "girlfriend" at home and with a prostitute at a Geylang brothel, without the women's consent.

Zheng, a salesman in the construction industry, was jailed for 21 weeks last Wednesday, on 15 counts of insulting the modesty of a woman and two counts of making an obscene film under the Films Act.

In all, he admitted to taking 45 upskirt videos and three sex videos between March 8 and June 3 last year. They were found on his phone, which was seized during investigations.

He was caught by a passer-by on June 3 at Tiong Bahru MRT station.

Mr Arumugam Kalimuthu, 47, was riding up the escalator at 9.45pm when he noticed Zheng holding a mobile phone with his hand outstretched towards a woman standing on the step above him.

Realising that Zheng was filming an upskirt video, Mr Arumugam called out to the woman but she walked on without realising what had happened.

Mr Arumugam held onto Zheng's hand to stop him from leaving.

But Zheng raised his voice and insisted he had done nothing illegal.

Mr Arumugam then asked another passer-by to help call the police while he stayed with Zheng until the cops arrived.

In mitigation, Zheng's lawyer said he was seeking treatment at the Institute of Mental Health.

Asking for four months' jail, the defence counsel said Zheng was determined to stop and felt ashamed of his actions, which had embarrassed his family.

District Judge Kessler Soh warned Zheng not to reoffend after his release from prison.

For making or reproducing an obscene film, he could have been fined up to $40,000, jailed for up to two years, or both.

For insulting the modesty of a woman, he could have been jailed up to a year, fined, or both.