Married man 'catfished' young girls, duped them into sex by being both saviour and blackmailer 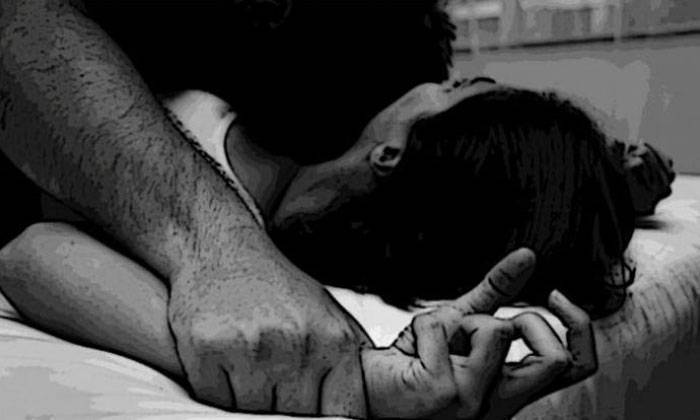 Chinese national Lin Rongxin first “catfished” girls, aged 14 to 19, into sending him revealing and obscene photos and videos of themselves by posing as 19-year-old “Lin Zhi Xuan”.

In some cases, he demanded that the victims have sex with another man, “Huang Yi”, who was actually himself.

After having sex with the victims, he fooled them into thinking he would help them resolve the threats by their blackmailer.

Three of the unsuspecting girls, who did not know that their “saviour” and their blackmailer were actually the same person, ended up having a relationship with him.

He even threatened a few of the victims into secretly filming other girls and women.

The rapes took place in the toilet of an industrial building in Toa Payoh and in a room in Balestier Hotel.

Another 57 charges were taken into consideration for sentencing.

“The scale of the offences is shocking,” said Deputy Public Prosecutor Chong Kee En, who noted that the 64 charges faced by Lin involved 20 victims.

The prosecutor sought between 22 and 28 years’ jail and 24 strokes of the cane, while defence counsel Peter Ong asked for a jail term not exceeding 25 years. Sentencing was adjourned to Dec 5.

Lin was a machinery technician and had worked in Singapore for 12 years before his arrest. He lived with his wife in a dormitory, and they have a three-year-old son.

From 2018 till his arrest on June 29, 2019, Lin met victims on social messaging platform WeChat or dating app TanTan, using the photo of a young man as his profile picture.

His targets included girls from China who were studying here, as well as Singaporeans.

After getting hold of their compromising videos and photos, he threatened the victims into giving him money or into performing various sexual acts.

At least five victims were forced into performing sexual acts on video for him, but seven others refused and blocked him.

One victim, V1, was a 14-year-old Chinese national who had no immediate family in Singapore and lived in a student dormitory. After chatting with Lin, who pretended to be a polytechnic student, she sent him videos of her touching herself.

Lin created another profile, Wang, to chat with V1. He then used his Lin Zhi Xuan profile to confront V1 about her “infidelity”.

He threatened to post her nudes online, and out of fear, V1 performed sexual acts for him. He also extorted 5,200 yuan (S$992) from her.

Lin then asked her to have sex with him, but she refused. He told her she could “sell her virginity” for 10,000 yuan, and gave her the contact details of “Huang Yi”.

In October 2018, “Huang Yi” met V1. After telling her that he had paid “Lin Zhi Xuan” 5,000 yuan in advance, he took her to a building nearby and raped her in an empty toilet.

After the rape, “Huang Yi” feigned surprise when she said she was 14. He claimed that “Lin Zhi Xuan” had lied to him that she was 18. He also assured her that he would settle the threats.

“Huang Yi” continued to message V1, and told her that he spent 260,000 yuan trying to purchase her nudes.

Feeling indebted, V1 started a relationship with him. They went on several dates, and she agreed to his requests for sex.

Lin also selected friends from her contacts and demanded that she film them in the shower. Still fearful of her nudes being distributed, she installed a video-recording device in the shared shower and toilet.

Realising her mistake, V1 deleted the videos, but V11 confronted her and called the police.

She called “Huang Yi” for help and he told her not to reveal the existence of “Lin Zhi Xuan”. V1 did as she was instructed and lied to the police.

After her arrest, V1’s parents flew to Singapore. She told her father about the threats but insisted that she did not want to report Lin Zhi Xuan to the police as this would get Huang Yi into trouble.

In a sting operation on June 29, 2019, Lin was arrested when he turned up as “Huang Yi” to meet V1. It was only after the police told her about Lin’s scheme that V1 realised the two personas were in fact the same person.