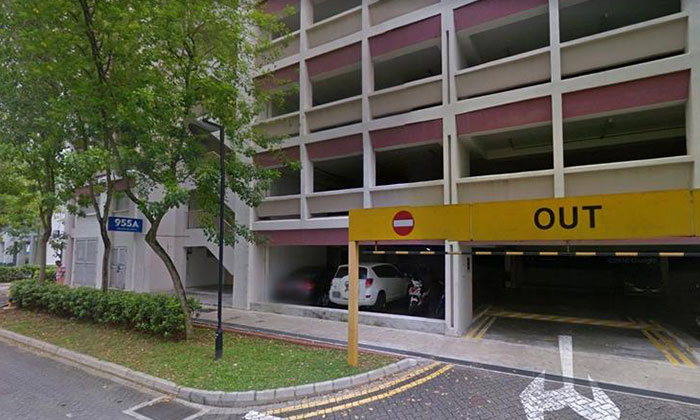 A 45-year-old married man had sex with a 15-year-old girl five times within three days and was sentenced to 24 months' jail.

The sexual acts took place in a hotel pool, a multi-storey carpark and in his car, between November and December 2016, reports Shin Min Daily News.

After the incident was exposed, the man, a director of a company, divorced from his wife, lost his job and is now working as an Uber driver.

Chen Liyuan, 45, fetched a monthly salary of over $10,000 during the time of the incident.

He forked out  $1,600 from his salary which he paid as 'allowance' to his sugar baby, who was only 15 years old then.

Chen faced five counts of having sexual relations with a minor, of which he was charged with three.

The two others were taken into consideration during the sentencing.

The court heard that Chen had met the girl in November 2016 via a website, ‘Seeking Arrangement’ and exchanged contact details with her.

The two chatted on WhatsApp after that and reached an agreement -- Chen would give the girl a $1,600 ‘allowance’.

In exchange, the girl would provide Chen with companionship and sex.

He then brought the girl to a pool, where he asked her to perform oral sex on him.

On the same day, Chen drove the girl to Nex Shopping Centre.

Along the way, Chen stopped his car at a section of Bishan Road, near a bus stop.

There, the girl performed oral sex on Chen again.

Three days later, on Dec 18, Chen and the girl met again at a void deck of a Housing and Development Board (HDB) block in Hougang so the girl could collect her allowance.

Afterwards, the two had intercourse and sex in Chen’s car which was parked at a multi-storey carpark nearby.

Chen’s lawyer said during the mitigation plea that Chen has a seven-year-old son from his previous marriage, and owed credit card debts amounting up to $37,000.

He also said that his client felt remorse over his actions and was depressed, having lost his job and his marriage.

Chen was sentenced to 24 months’ jail.

Related Stories
Security officer who sexually abused 14-year-old girl on 4 occasions gets 10 months' jail
Man found guilty of sexually abusing stepdaughter in Bkt Batok flat when she was aged between 11 and 15 years old
26-year-old man jailed after having unprotected sex with 15-year-old girl who ran away from home
More About:
underage
Courts & Crime
sex with minor