Mark Lee tearfully shares how he hurt loved ones, spent $5k a week on 4D during gambling addict days 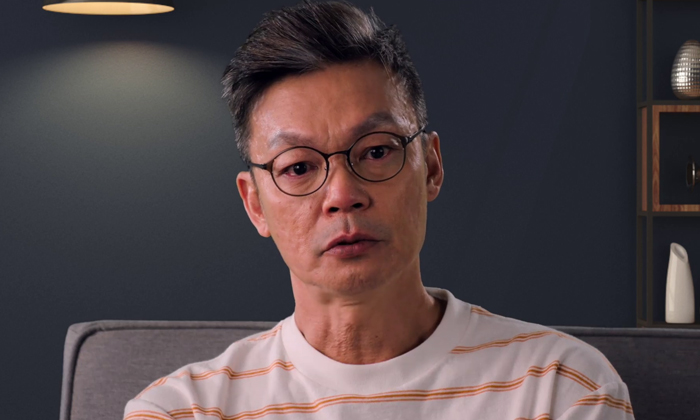 In real life, he used to throw caution to the wind too, spending up to $5,000 a week on placing gambling bets.

Lee, 51, has since cleaned up his act and now wants to warn others of the perils of gambling addiction.

Appearing in an 8min-plus video for the National Council on Problem Gambling, he relates the various stages of the addiction, and how his life was almost ruined.

In an interview with Shin Min Daily News, he revealed that it did not bother him then when he splurged up to $5,000 a week on 4-D and up to $500 on football bets. Though he could pocket $100,000 from positive betting outcomes, that allure also proved to be a dangerous trap.

In the video, Lee recalled how success on the popular Comedy Night variety show - helmed by Jack Neo - in the late 1990s planted a false impression in him that money was easy to come by.

Lee also ventured into business and made profits.

"The feeling of winning is exciting," he said of his early gambling days.

When the gambling habit consumed his thoughts, his business faltered. "I had to let go my employees one by one until there was no one left."

His plan to turn things around? He would borrow money to bet again to recoup all his losses. He even made a vow that if he managed to pull off a big win, he would stop gambling.

When Neo saw how low he had descended to, he berated Lee but "I ignored advice from everyone".

One day, Lee's mum said: "Mark, I have two sons. Your brother died young unfortunately. I really thought, for the rest of my life, you would look after me but now, even the only son I have left, will be lost."

It was only then that Lee, feeling remorse over how he had let down his mum and girlfriend, decided to change his ways.

With tears in his eyes, Lee said in the video: "What my mum said then was true. I shouldn't lose myself too."

"If I did, I would have lived my life in vain," he added, noting that the greed to make more money is a trap. "In just two years, I lost everything I had."