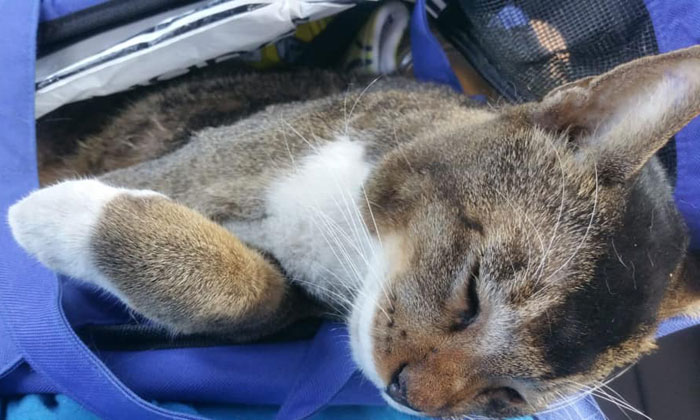 Social media has lit up with posts questioning the "relocation" of two cats from a housing estate in Marine Parade to Harbourfront, which led to the death of one of the animals.

The Marine Parade Town Council has since apologised, saying that its staff made a "misjudgement" in moving the cats, which should have been sent to the Agri-Food and Veterinary Authority instead. But it also urged residents to play their part "as responsible pet owners", highlighting how it had received "more than 45 feedback since 2016 from residents of the same block at Blk 15 Marine Terrace".

"The cats, around 15 of them, were left roaming freely within the block, causing dis-amenities and hygiene-issues such as cats defecating/urinating, fur shedding, caterwauling, etc, at the common corridor, staircases and lift lobbies. The cat-related nuisances were reported from most levels of the block," the statement to Mothership said, adding that the town council had been working with the Cat Welfare Society in managing the cat issues.

A March 9 Facebook post had called for residents to help Madam Grace Tan, who cares for a dozen cats in her flat, to track down the two which were missing.

Madam Tan, 58, told The Straits Times that she had called the town council to report the loss. She was later told that the cats had been moved on March 8 to Seah Im Food Centre at Harbourfront, a day before she realised they were gone.

The part-time McDonald's employee searched Harbourfront and the nearby Mount Faber Park, to no avail. But on Wednesday (March 27), she received a message that one of the cats was found dead. She went to Seah Im Food Centre and confirmed the cat was hers.

"They stole my 'children'," she told ST. She is still looking for the second cat.

Some netizens questioned the move by the town council to move the cats, calling it irresponsible.

"There is no binary solution to these issues. On the one hand, MPTC clearly did the wrong thing in relocating the cats without prior consent, but it is difficult to get residents to cooperate, so I can see why they took matters into their own hands," he told ST.