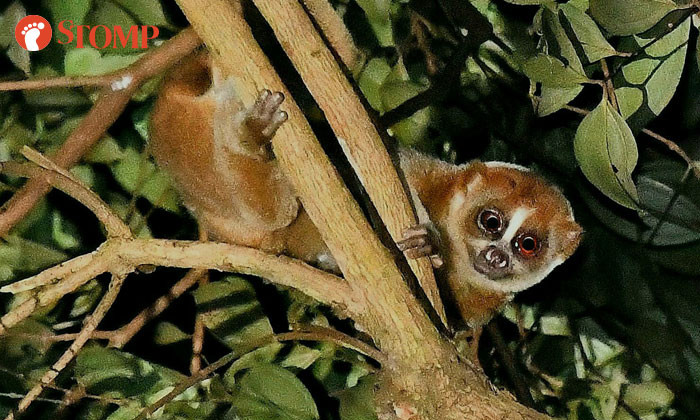 Following his previous sightings of the elusive wild Asian palm civet cat and critically endangered Sunda pangolin, Stomper John Lee could not believe his good luck when he encountered a Sunda slow loris.

John, who is the founder of Wildlife Asia (Singapore), shared with Stomp that he encountered the rare animal during his wildlife search for a snake.

"The big surprise was none other than the encounter of the critically endangered and rare greater slow loris (Nycticebus coucang) also known as Sunda slow loris," he said.

"While in search of a snake, I suddenly felt the presence of something above the tree that I was standing next to.

"To my shock and disbelief, an animal that I have been looking forward to finding and searching for over the past 20 years of wildlife exploration in Singapore finally appeared in front of me and it is now in my list of records for rare animal sightings. 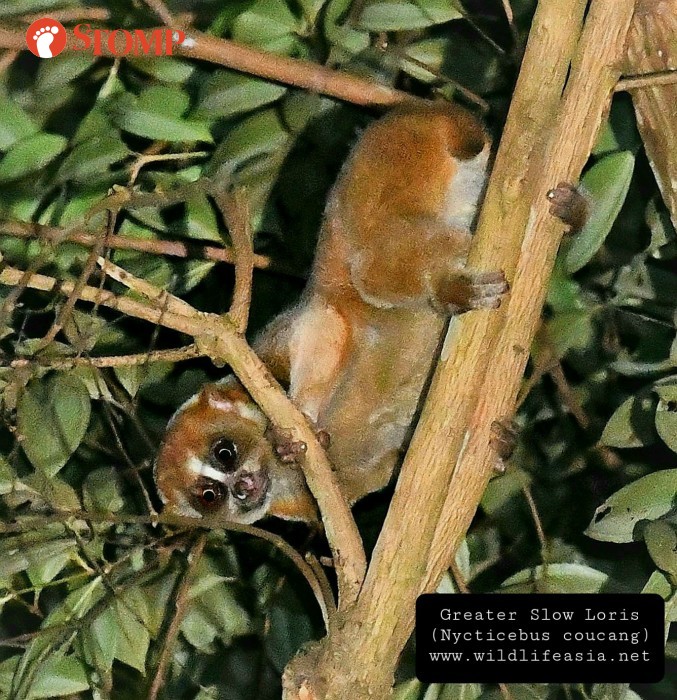 "According to the Singapore Red Data Book 2008, the greater slow loris was listed as a critically endangered animal in Singapore and is listed in United Nation's (UN) body of the International Union of Conservation for Nature (IUCN) as an endangered animal under the Cites Appendix 1 under UN, due to the animal's rarity, dwindling population and vulnerability to illegal poachers."

The Greater slow loris only venomous primate in Singapore, according to NParks.

What differentiates it from other slow loris species is its distinctive dark stripe down its back.