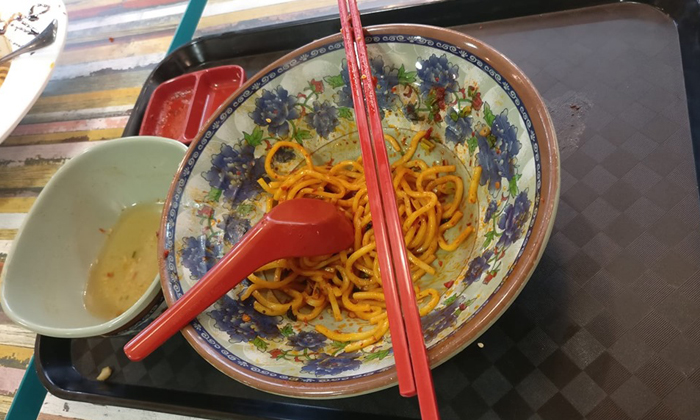 If you are starving and come across a bowl of noodles left behind by some unknown person at a coffee shop, would you eat it?

Most people would probably say no and be disgusted by the mere thought of it.

Luo identifies himself as a freegan, which refers to someone who believes in the minimal consumption of resources, particularly through recovering wasted goods like food.

In a Facebook post on Saturday (July 13), Luo shared how he had seen a bowl of leftover noodles at a coffee shop and went to finish them.

He wrote: "I just take new utensils and finish those. End up not spending anything and satisfied." 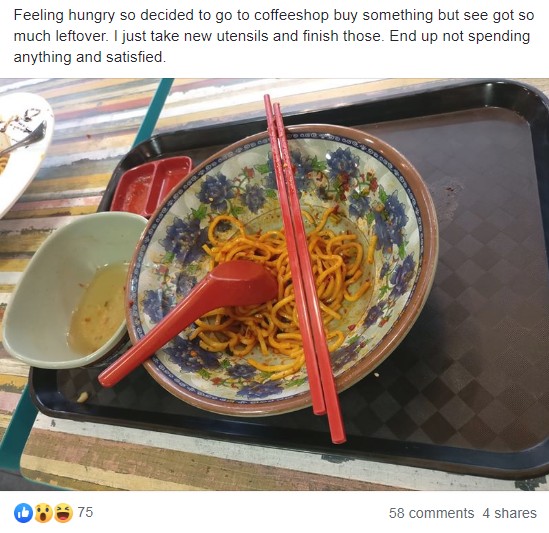 Many netizens reacted in disbelief and asked him why he would do such a thing. 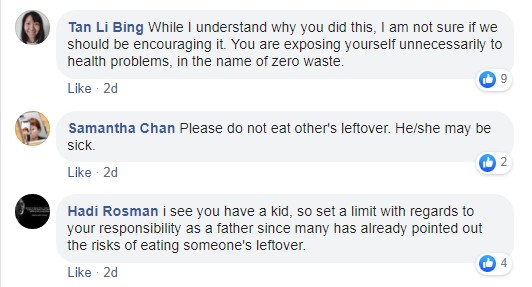 When interviewed by Shin Min Daily News, a gastroenterology specialist advised members of the public against following in Luo's footsteps.

He said: "We don't know how long the food has been left there. Chances that it has been infected by bacteria are high if it has been more than two hours. There is also the possibility of the food turning bad due to Singapore's humid weather.

"Not only might the original diner be sick, birds and bugs could have also come into contact with the food during this time.

"These are all the risks that [Luo] has to deal with."