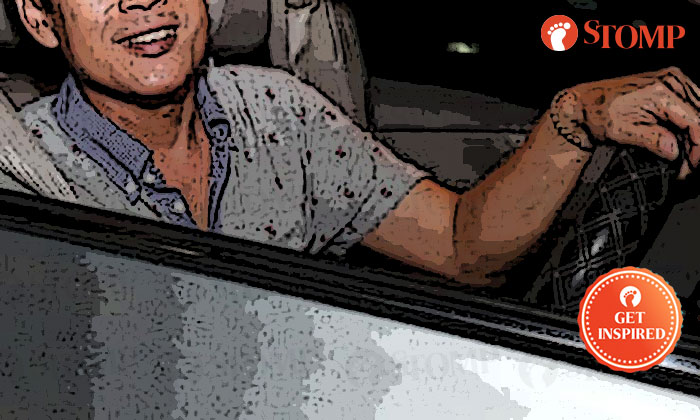 Stomper Edwin was speechless when a Grab driver showed up on his doorstep yesterday (Aug 28) at 6.33pm.

He was having dinner with his family when they were interrupted by a knock at the door.

Initially, Edwin thought that the driver, named Mr Tng, was delivering items he had ordered before he identified himself as the Grab driver who drove Edwin and his family home from Pasir Ris.

Mr Tng had travelled to Edwin's home to return him his coin pouch that he had not even realised was missing.

Edwin informed Stomp that it included his Singapore and Hong Kong ID cards, driving licences, bank cards, a petrol card, a CashCard, his condo's gate card and about $90 in cash.

"I was shocked and reacted too slow," said Edwin.

"All I could say was a thank you and before I wanted to give him a token of appreciation for his time and honesty he left smiling and kept saying, 'it's okay, it's okay'."

Edwin added that the driver saved him the trouble of replacing all the items that are inside his pouch and would like to meet Mr Tng to thank him for spending the time to return him his pouch and to make it up to him.

Related Stories
GrabCar driver picks up 2 passengers but drops off 3 -- after woman gives birth in his car
Passenger thanks Grab driver for his honesty after he returns him extra cash
Grab driver returns Stomper's wallet -- with winning football ticket worth $8,500
More About:
get inspired
inspiring
heartwarming
kind-hearted
kudos
honesty
honest
grab
grab driver