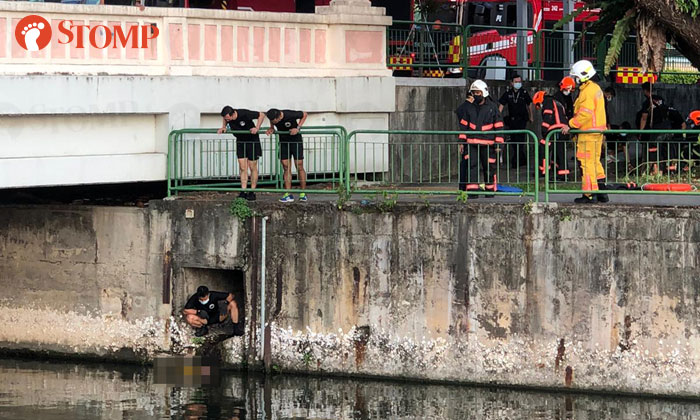 A man's body was discovered floating in Rochor River near the Immigration and Checkpoints Authority (ICA) building on Sunday morning (Oct 10).

In response to Stomp queries, the police and Singapore Civil Defence Force (SCDF) said they were alerted to a case of suspected drowning near 10 Kallang Road at about 7.10am.

"Upon SCDF's arrival, a body was seen floating in the water," an SCDF spokesman said.

"SCDF rescuers retrieved the body from the surface of the water.

"The person was pronounced dead at the scene by an SCDF paramedic."

A Stomper alerted Stomp to the incident and shared images of SCDF rescuers retrieving the body.

"The man was wearing a yellow T-shirt and beige short pants," he said.