Man's $600 e-bike stolen from Potong Pasir HDB block: "I used it to travel to work" 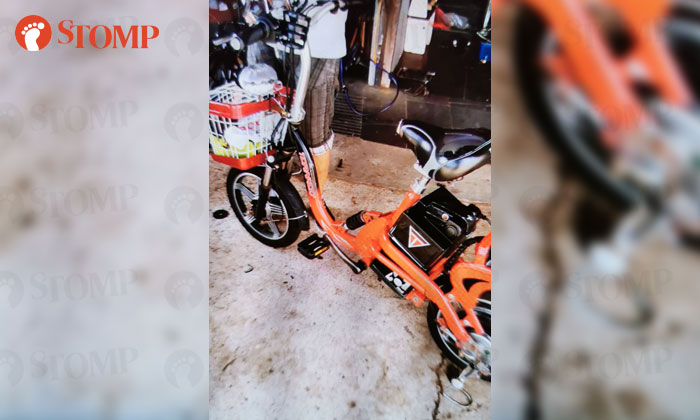 The police are investigating a case of dishonest misappropriation of property where an e-bike was stolen from the void deck of Block 114 Potong Pasir Avenue 1 on Nov 16 at about 1.30pm.

Stomper Alfred, the owner of the device, alerted Stomp to the incident.

"I had parked my e-bike at the void deck of my block next to lifts A and B," he said.

"I discovered that the e-bike had been carried away.

"I was angry and upset and made a police report."

Alfred told Stomp that he bought the e-bike in 2015 for $600 and used it to travel to his workplace in MacPherson.

"This is a reminder for all to secure and look out for stable parking at all times as e-bikes are valuable and expensive."

In response to a Stomp query, the police said they were alerted to a case of dishonest misappropriation of property at the said location on Nov 17 at 8.36pm.