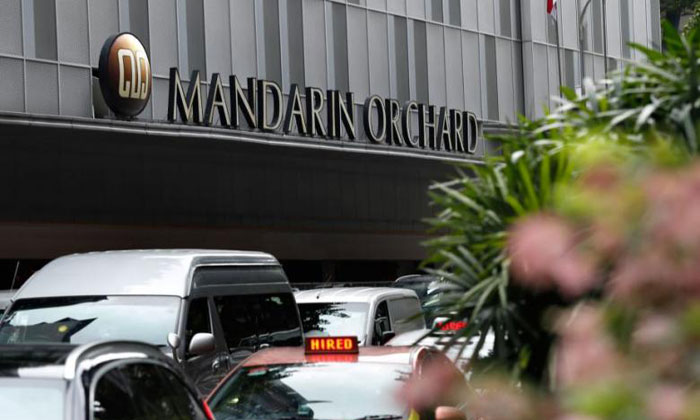 The banquet kitchen serving the Grand Ballroom at Mandarin Orchard Hotel has been suspended after 175 people who attended four separate events there fell sick.

Nine of the victims were hospitalised and are stable, they added in a joint statement yesterday evening.

The New Paper reported yesterday that dozens had fallen sick after about 400 people attended a lunch wedding banquet in the ballroom on Sunday.

TNP learnt yesterday that some in a party of about 500 who celebrated the Jewish festival of Hanukkah at the same venue that evening were also affected. A total of at least 80 people from the two events fell ill, with about eight hospitalised, TNP understands.

The food for the Hanukkah event was not prepared by the hotel's banquet kitchen but brought in from an external kosher caterer, Awafi Restaurant.

The hotel's spokesman said: "Due to their special requirements, food was not prepared or handled by the hotel."

NEA, in suspending the banquet kitchen, also told the hotel to dispose of all ready-to-eat food, thawed food and perishable food items from it.

The premises, as well as equipment, utensils, work surfaces and toilets, must be thoroughly cleaned and sanitised.

Food and environmental samples have been collected for testing and food handlers sent for stool screening.

NEA has also told the hotel to close the Grand Ballroom for a thorough clean-up and disinfection.

"The suspension and closure will be in place until NEA is satisfied that the public health risks have been addressed," the joint statement added.

It said that no cases have been linked to other food and beverage premises in the hotel.

The health authorities said they are working with the hotel to ensure it reviews processes for its other kitchens.

The hotel's spokesman said it will get in touch with organisers of upcoming events that will be affected to address their concerns and make alternative arrangements.

Dr Reuben Wong, a gastroenterologist at Gleneagles Hospital, told TNP: "In most of the recent episodes, it appears food was cooked in large batches for consumption, and a single lapse in the preparation, storage or serving process would be enough to contaminate and affect many people."

He said that while the food for the Hanukkah event was not prepared in the hotel's banquet kitchen, the utensils, food handlers or servers could have caused the contamination.

Dr Wong noted that contamination need not just be from food but also drinks or ice cubes.

TNP understands that PUB, the national water agency, is involved in the investigations.