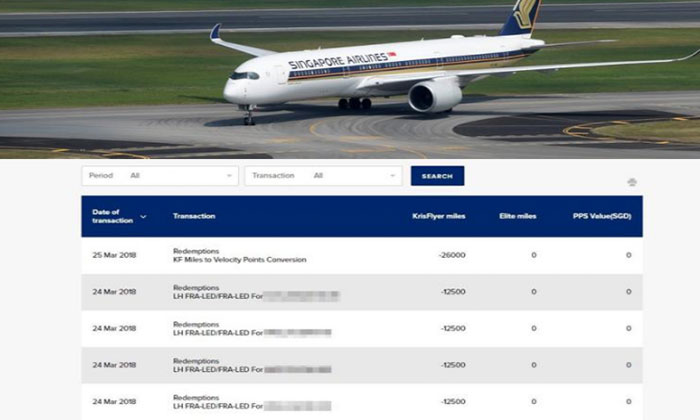 A woman has called for Singapore Airlines (SIA) to tighten their security measures after four Russians allegedly stole 70,000 KrisFlyer points from her, effectively ending her dreams of going on a London trip.

“At the start of this year, I redeemed 76,000 KrisFlyer Points, and I was preparing to get a two-way ticket to London.

“However, I had a change of plans at the last minute, but the points remained in my account.”

According to the SIA website, 76,000 points can be used to redeem a Saver reward featuring a two-way ticket from Singapore to London.

The four nominees used 70,000 of her 76,000 points to redeem air tickets and upgrade their seats.

Between March 24 and March 25 this year, the four bought tickets from Frankfurt, Germany to Saint Petersburg, Russia.

After that, they converted 26,000 points into Velocity Points for Virgin Australia, leaving only 700 points in Ms Liu’s account.

“I have never been to Russia before, and the four added themselves as nominees without my knowledge.

“SIA later sent an email to me, but it was sent to an account which I do not frequently use, so I had no idea what happened at all.”

Once she found out that someone had misused her points, Ms Liu immediately contacted SIA and was told that the airline has started its investigation into the matter.

However, Ms Liu feels that the incident exposed a security flaw in the KrisFlyer system, and thus calls for security to be beefed up.

“For now, the system only requires a six-digit password, and I feel that is insufficient.

“Some accounts have more than 1,000,000 KrisFlyer Points in them, and this could implicate the airline’s partners.

“SIA should definitely reinforce their security.”