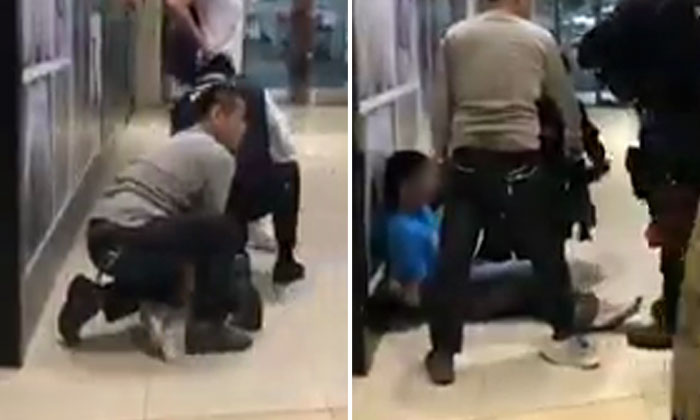 An 18-year-old man has been arrested after he was seen wielding a pair of scissors around Bedok Mall on Thursday (May 17).

In response to Stomp's media queries, a police spokesman said that they were alerted to the incident at about 2pm.

"An 18-year-old man was reportedly seen holding on to a pair of scissors and causing trouble at the mall," said the spokesman.

He was subsequently detained by the mall's security guards and a member of public.

The boy's arrest was caught on video by Andrea Heng and the video has been spreading on social media.

In the video, the boy is held down to the ground by the mall's security guards and a bystander.

Armed police officers then arrive at the scene and talk to the man whose hands are restrained behind him.

The man, who has a history of mental health problems, was arrested for public nuisance, said the police.

In a similar incident last December, a scissors-wielding 18-year-old was arrested after entering shops at the same shopping mall and damaging property.