Man with a death wish cycles on road shoulder of PIE 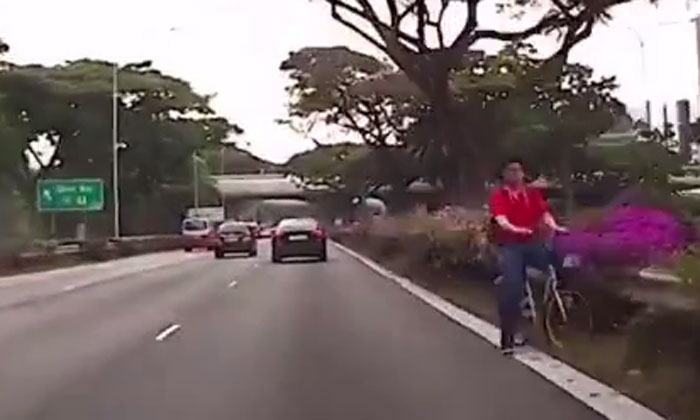 A man on a bicycle was spotted on the road shoulder of the Pan Island Expressway (PIE).

A video of the man was posted on SG Road Vigilante's Facebook group and shared on ROADS.sg's page.

According to ROADS.sg's caption, the incident happened just before the Tampines Avenue 5 exit.

In the video, the cyclist is on the road shoulder facing oncoming traffic.

He is next to the right-most lane where motorists are usually going the fastest.

Netizens were bewildered on how he even managed to cross the three lanes to get to the road shoulder in the first place.

This is not the first time people have been spotted on expressways when they should not be there.

Just a few days ago on May 20, a man was seen walking on the road shoulder of the Tampines Expressway (TPE) at night, wearing an all-black outfit.

Earlier this month, a woman was seen exiting a car on the PIE near the Adam Road exit.